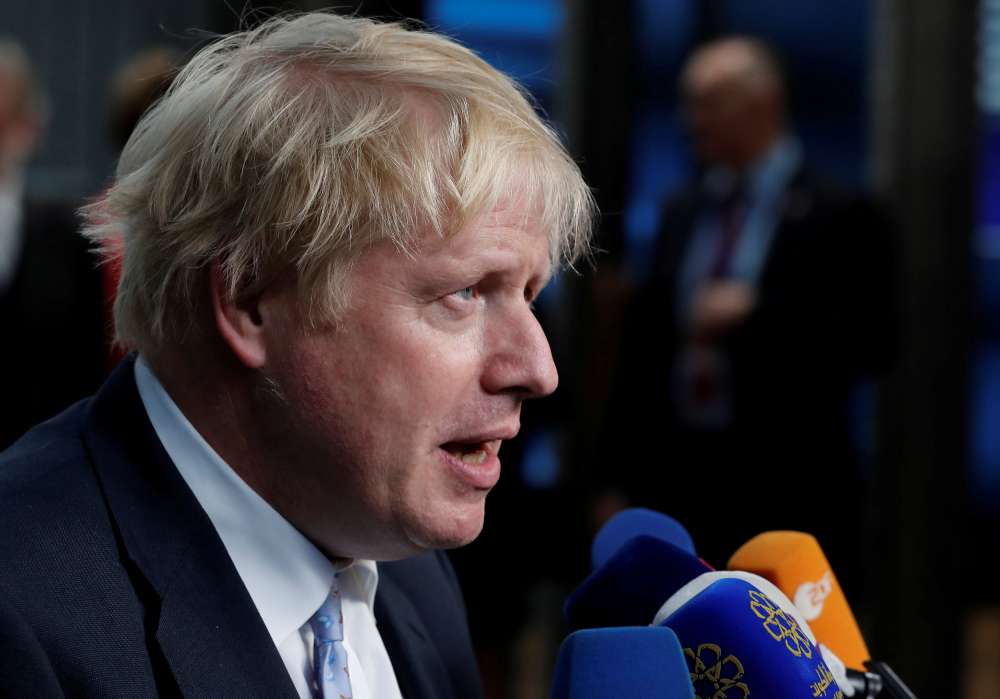 Prime Minister Theresa May’s Brexit strategy means disaster for Britain, former foreign secretary Boris Johnson said, as critics at home and officials in Brussels step up their opposition to her plans for how to leave the European Union.

With under two months before Britain and the EU want to agree a deal to end over 40 years of union, May is struggling to sell what she calls her business-friendly Brexit to her own party and across a divided country.

Johnson, who some in the governing Conservative Party favour as a potential successor to May, resigned in July in protest at the prime minister’s so-called Chequers plan.

“In adopting the Chequers proposals, we have gone into battle with the white flag fluttering over our leading tank. If we continue on this basis we will throw away most of the advantages of Brexit,” he wrote in the Daily Telegraph newspaper on Monday. “People can see Chequers means disaster.”

May’s plan, which is designed to protect cross-border trade with the EU, will mean Britain loses control over its direction, preventing it from becoming more competitive and doing major trade deals with other countries, he said.

“We will remain in the EU taxi; but this time locked in the boot, with absolutely no say on the destination.”

On Sunday, May sought to allay fears she would cave in to Brussels’ demands in negotiations, saying she would not allow compromises to her Brexit strategy that went against the national interest.

But the Times newspaper reported 20 of May’s Conservative lawmakers were now backing the grassroots ‘StandUp4Brexit’ campaign committing to opposing the Chequers plan. Parliament returns from its summer break on Tuesday.

May, who has pledged to give lawmakers approval of the final deal with Brussels, has a working majority of 13 members in parliament. If she loses the vote Britain could leave the EU without a deal and possibly force an early election.

Conservative lawmaker and former government minister Nick Boles, who has launched a campaign for a “Better Brexit”, said on Monday he didn’t think May had enough support for her proposals.

Asked during an interview on BBC Radio what the chances of getting her proposals through parliament, he said: “Very, very small, as close to zero as anything in politics.”

British media have reported Brexit-supporting Conservative lawmakers are preparing to unveil an alternative plan for Brexit before the party’s annual conference at the end of the month.

“If we let the British pick the raisins out of our rules, that would have serious consequences. Then all sorts of other third countries could insist that we offer them the same benefits. That would be the end of the single market and the European project,” he said