Presidents says he would never deny dialogue with Akinci 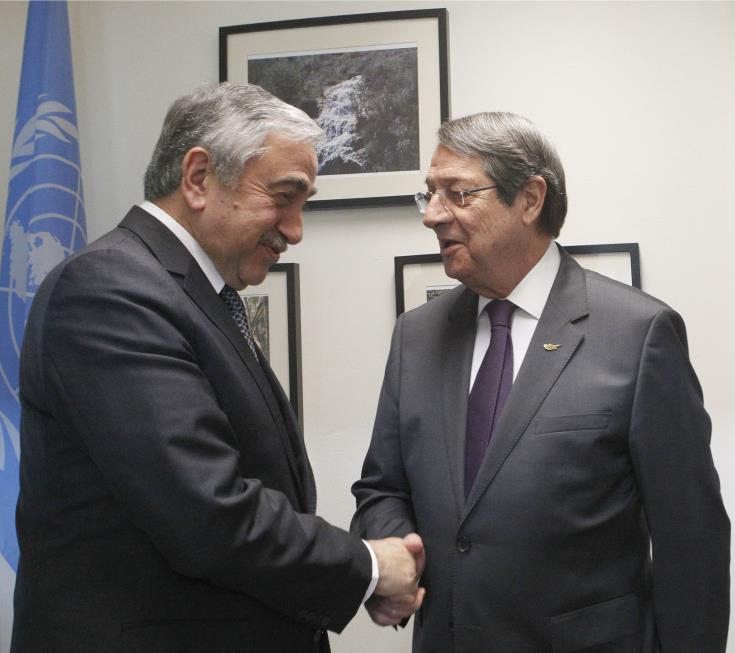 Cyprus President Nicos Anastasiades has expressed his readiness at any moment to return to negotiations for the reunification of Cyprus, provided that “we are within the UN Secretary General`s terms of reference so that we can have results.”

In an interview to the Sunday edition of “Phileleftheros” newspaper President Anastasiades also said that without disregarding the Turkish Cypriot leader Mustafa Akinci who he considers the person he officially negotiates with, he would never deny dialogue with any Turkish governement official. “Besides, time and again we have said that the Cyprus problem is one of invasion and occupation,” he said, adding that “it is not the Turkish Cypriots who invaded and occupy, it is Turkey, therefore why should I say no?”

President Anastasiades called on Mustafa Akinci to tell him of another UN member state – with a federal system – in which, in order for central government’s decisions to be made, at federal level, the other state`s positive vote is necessary.

Replying to other questions he said that he seeks for Cyprus to have excellent relations with all UN Security Council member states and noted that developing relations with the US or Israel is not done to the detriment of relations with other friendly countries.