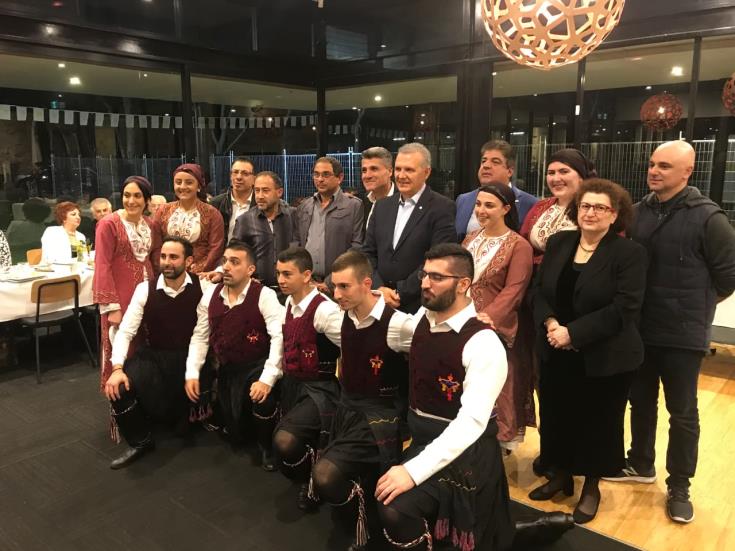 Presidential Commissioner, Photis Photiou met with Jing Lee MLC, Assistant Minister to the Premier and member of the Legislative Council of the state of South Australia.

A Presidency press release said the two, discussed a range of issues, including the latest developments on the Cyprus problem and in the island’s Exclusive Economic Zone.

They also discussed issues concerning the Cypriot diaspora in Australia and possible cooperation of the Republic with the State of South Australia.

The Commissioner was welcomed on Tuesday in Adelaide by the President of the Cypriot community, Dr. Andreas Evdokiou and the president of the local  Justice for Cyprus Committee, Peter Piro. He also met with third and fourth generation Cypriots

Photiou will also attend and address a gathering with diaspora members and representatives of the South Australia government, to mark the 1974 coup d’etat and the Turkish invasion that followed.