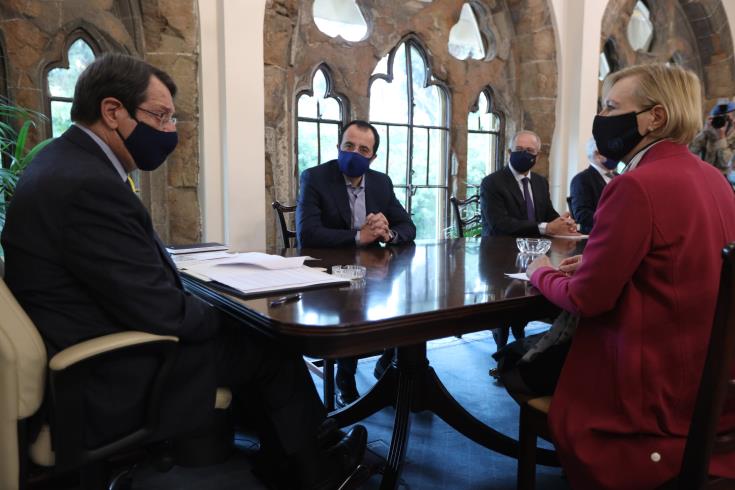 The informal meeting on Cyprus to be convened by UN Secretary General most likely in February in New York and the renewal of UNFICYP was on the agenda of a meeting, President Anastasiades had Wednesday morning with Secretary General`s Special Representative in Cyprus Elizabeth Spehar, ahead of her briefing to the UN Security Council, next week.

Deputy Spokesman Panayiotis Sentonas told the press that the President and Spehar exchanged views on the Cyprus issue, in the presence of Foreign Minister Nikos Christodoulides. Spehar is expected to brief the UNSC on January 19th.