President Trump to make state visit to UK in June 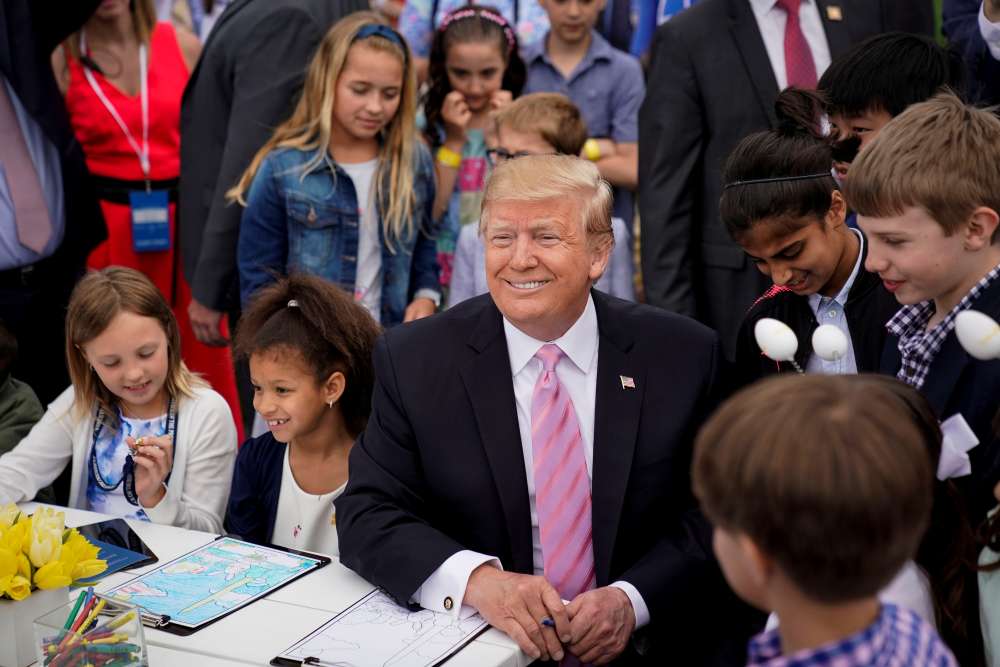 Donald Trump has accepted Queen Elizabeth’s invitation to make a state visit to Britain in June, becoming only the third U.S. president to have been accorded the honour by the monarch, Buckingham Palace said on Tuesday.

The trip is likely to be controversial given many Britons deeply dislike the man and reject his policies on issues such as immigration. Protests involving tens of thousands of demonstrators overshadowed a visit by Trump to Britain last July and organisers said they were planning a “huge demonstration” against his state visit.

The opposition Labour Party strongly criticised Prime Minister Theresa May for pressing ahead with the state visit, which May offered to Trump when she became the first foreign leader to visit him after his inauguration in January 2017.

Trump and his wife Melania will visit from June 3-5, the palace said, adding that further details would be announced in due course. State visits are usually pomp-laden affairs featuring an open-top carriage trip through central London and a banquet at Buckingham Palace.

“The UK and United States have a deep and enduring partnership that is rooted in our common history and shared interests,” May said in a statement.

May, who is facing calls for her resignation from some lawmakers in her own Conservative Party over her handling of the country’s exit from the European Union, which is still stalled, will be hoping for strong backing for a post-Brexit U.S.-UK trade deal.

The state visit would be an opportunity to strengthen already close ties in areas such as trade, investment, security and defence, she said.

During his trip last year, Trump shocked Britain’s political establishment by giving a withering assessment of May’s Brexit strategy. He said she had failed to follow his advice such as suing the EU but later said May was doing a fantastic job.

“This is a President who has systematically assaulted all the shared values that unite our two countries, and unless Theresa May is finally going to stand up to him and object to that behaviour, she has no business wasting taxpayers’ money on all the pomp, ceremony and policing costs that will come with this visit,” Emily Thornberry, Labour’s foreign affairs spokeswoman, said in a statement.

Trump’s visit in June, which coincides with events to mark the 75th anniversary of the D-Day landings in Normandy, France during World War Two, will include a meeting with May in Downing Street.

Last year, Trump was feted with a lavish dinner at Blenheim Palace, the birthplace of the British World War Two leader Winston Churchill, and he and his wife also had tea with the queen at Windsor Castle.

The president then breached royal protocol by publicly disclosing details of a conversation he had with the 93-year-old monarch about the complexities of Brexit.

Trump’s state visit has been a divisive issue for Britons since May issued the invitation, with more than 1.9 million people signing a petition calling for him to be prevented from making such a trip, leading to a debate in parliament in 2017.

More than 100 protests were planned across the country during his visit last year and police had to deploy 10,000 officers, an operation that cost nearly 18 million pounds.

The largest protest in London attracted some 250,000 according to organisers, bringing much of the capital to a standstill.

They promised a “Together Against Trump” protest in June.

“He is a symbol of the new far right, a politics of Islamophobia and anti-Semitism, of war and conflict, and walls and fences that are growing around the world,” said Shaista Aziz, from the Stop Trump coalition.

The queen, the world’s longest-reigning monarch, has met every U.S leader since Harry S. Truman except for Lyndon Johnson. Only two U.S. presidents – Barack Obama in 2011 and George W. Bush in 2003 – have previously been invited for full state visits.

By In Cyprus
Previous article49,560 volunteers participated in this year’s Let’s Do It! Cyprus campaign
Next articleMore than 1.3 million checkpoint crossings in first 3 months of 2019 -Diyalog