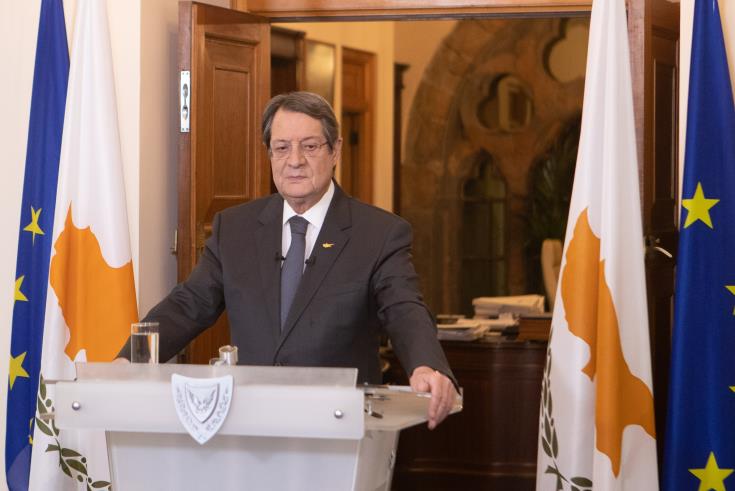 President Nicos Anastasiades will unveil measures to combat corruption in Cyprus in a televised address on Thursday at 8:00pm local time.

The President, along with the Justice Minister, will also hold a press conference on Friday morning to elaborate on the measures unveiled the night before.

An official written statement said the address will be a substantiated response to anti-corruption measures by the President who is accountable to the Cypriot people.

Anastasiades and his administration have come under ferocious attack by opposition parties accusing them of wanting to avoid transparency on the now defunct golden passports programme.

The parties argue the government’s refusal to hand over all the files relating to Cyprus’ passport-by-investment scheme to the auditor general suggests it has something to hide.

The government counters that this would be outside the auditor general’s authority and that a full transparent inquiry was already underway by a committee appointed by the attorney general for this reason.