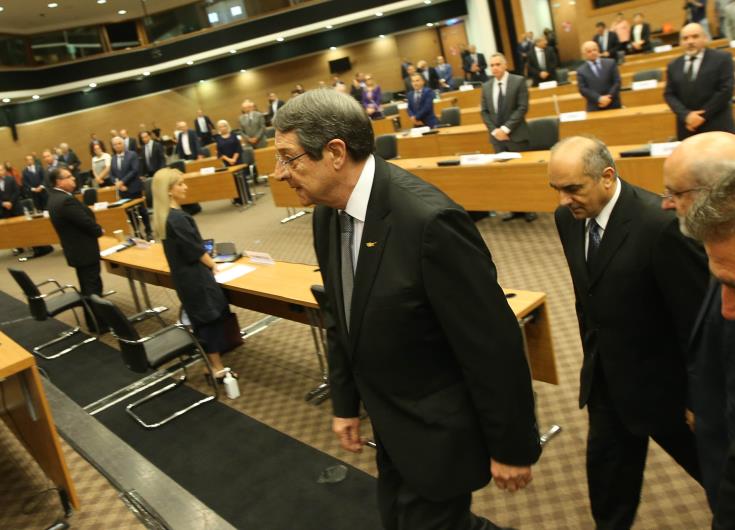 President Nicos Anastasiades said on Wednesday that he will raise the matter of Turkey’s activities and actions at the forthcoming European Council, as Ankara continues to disregard international law and European values.

In statements following an extraordinary session of the House of Representatives to mark the anniversaries of the 1974 coup and the Turkish invasion, President Anastasiades was asked about the illegal Turkish navtex regarding the exclusive economic zone of Cyprus and said that “this is a strong message to Europe, about what they (Turkey) mean when they say that they are allegedly in favour of dialogue and that they allegedly try in every way to be in line with international law.”

The President of Cyprus condemned, moreover, the act of Turkey to issue the navtex and said that Turkish actions will be conveyed at the two-day European Council, as the country continues to disregard international law and European values.

Asked about his meeting earlier on Wednesday with the Special Representative of the UN Secretary-General in Cyprus Elizabeth Spehar, President Anastasiades said that he submitted some remarks concerning the UN Secretary-General’s report, as well as some observations regarding the necessary objectivity of the international community and particularly of the peacekeeping mission.