President to meet with UN representative in Cyprus on Friday 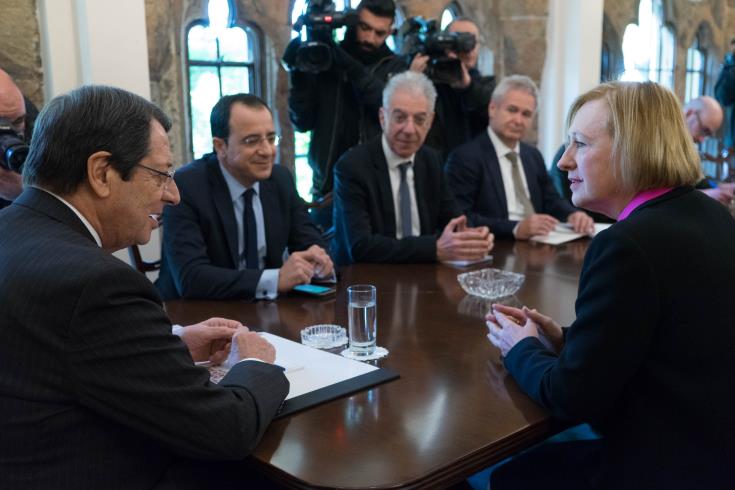 In statements to CNA UN spokesperson in Cyprus, Aleem Siddique, noted that Spehar will meet with Anastasiades to listen to his views about the current situation and to discuss with him about the UNSG’s last month’s report on his good offices mission in Cyprus and about his forthcoming report on the UN peacekeeping force in Cyprus (UNFICYP).

Siddique recalled that Spehar met with Turkish Cypriot leader Mustafa Akinci on May 7 and that the UN diplomat had requested to hold meetings with the two leaders.

The report on the renewal of UNFICYP’s mandate is expected to be published at the end of June.

By In Cyprus
Previous articleOne arrested, two wanted for allegedly scamming two men out of €55,000
Next articleBKP calls for Turkish Cypriots to support AKEL vote for Kizilyurek in the EP elections