President to meet Special Representative of UNSG on Wednesday 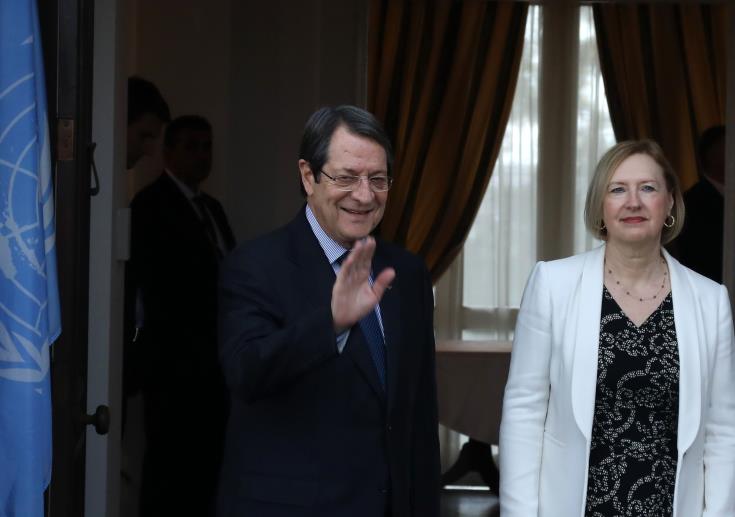 President Nicos Anastasiades will meet Special Representative of the Secretary-General (SRSG) in Cyprus and Head of UNFICYP Elizabeth Spehar on Wednesday.

According to a press release by the Cyprus Presidency, the meeting will take place at the President`s residence in Limassol at 1000 am local time.

The meeting was originally scheduled for next Monday, however it was postponed as the President is still recovering from a leg injury.

He is set to leave the hospital in the next days.