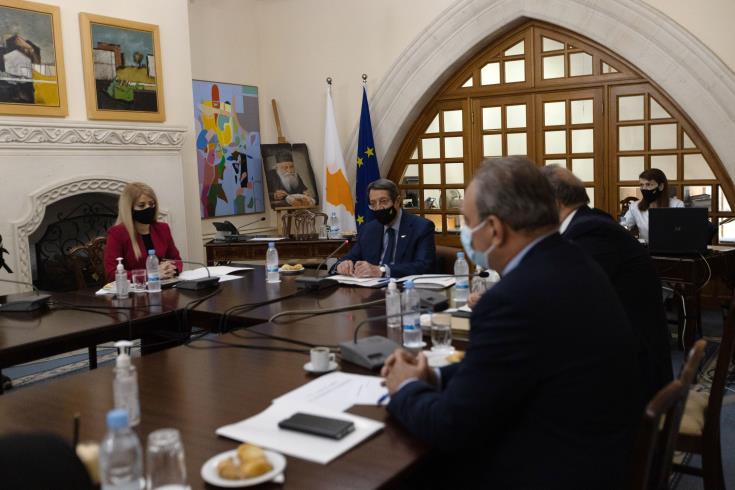 Cyprus President, Nicos Anastasiades, will inform on October 4, the members of the National Council about developments on the Cyprus problem, Government Spokesman, Marios Pelekanos has told the Cyprus News Agency (CNA).

Asked if the President intends to convene a meeting of the National Council after his return from New York, the informal trilateral meeting on the Cyprus problem that took place there, on September 27, among the UN Secretary – General, Antonio Guterres, Anastasiades and Turkish Cypriot leader, Ersin Tatar, and the other contacts the he had in the US city, Pelekanos said that the President convened a meeting of the Council at 11.00 on Monday October 4.

President Anastasliades will fly next week to Slovenia to attend the EU-Western Balkans Summit that will take place on October 6 and, according to the EU, will bring together leaders from EU member states and Albania, Bosnia and Herzegovina, Serbia, Montenegro, the Republic of North Macedonia and Kosovo. The Summit will be hosted by the Slovenian EU Presidency in Brdo pri Kranju.

On 5 October, on the eve of the summit, EU leaders are expected to attend an informal European Council working dinner.

Meanwhile, on October 7 the President of Poland, Andrzej Duda, will pay a visit to Cyprus during which he will hold talks with President Anastasiades.