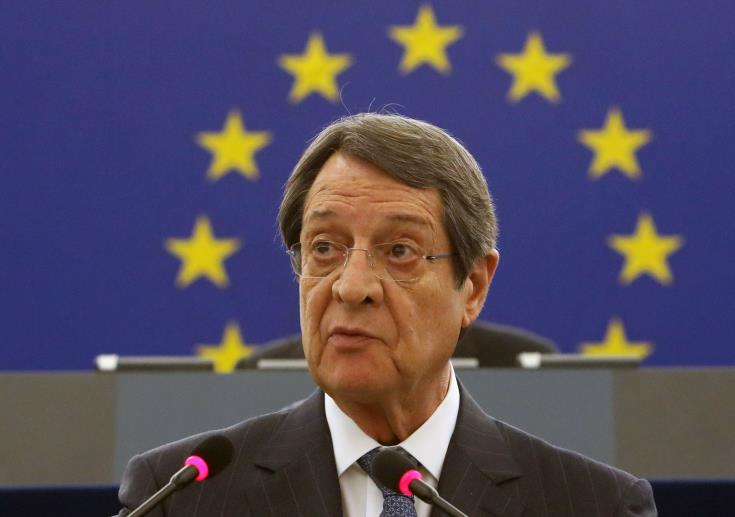 President Anastasiades, will participate in the Informal European Council meeting that will take place on the 9th of May in Romania, where he will raise the issue of Turkey`s recent unlawful actions in Cyprus` Exclusive Economic Zone, following Nicosia`s continuous strong protests to the EU institutions and member states.

In addition, on the sidelines of the Informal European Council, the President of the Republic will hold bilateral contacts with Heads of State or Government of the EU Member States.

Earlier on the same day, President Anastasiades will participate in the deliberations of the European People`s Party,  where he will make an intervention in which he will brief the Heads of State or Government participating in the EPP about the Turkish provocations in Cyprus` EEZ.

According to the Cyprus Presidency, the Informal European Council will debate on the Future of Europe and the EU Strategic Agenda for the period 2019-2024.

The President of the Republic, who will return to Cyprus late in the evening on the 9th of  May, will be accompanied by Government Spokesman Prodromos Prodromou.

By In Cyprus
Previous articleSmaller parties may back main opposition candidate in Istanbul re-run
Next articleU.S. sinks Arctic accord due to climate change differences