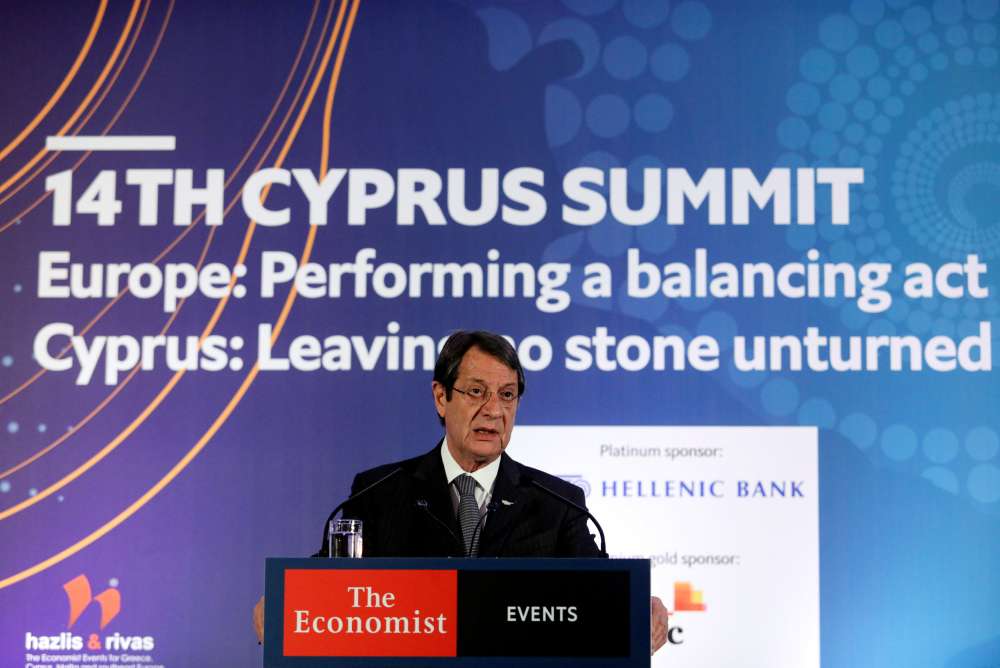 President Nicos Anastasiades, said on Friday that the decentralisation of powers related to daily life issues and the acceptance of the Turkish Cypriots’ positive vote for matters that might affect them after a Cyprus solution, as long as there is an effective deadlock prevention mechanism, are the foundation for a functional solution in Cyprus.

In statements to the press on the sideline of the Economist conference in Nicosia, Anastasiades said “at some point we need to realise that both communities have concerns.”

Asked about the process for the resumption of the talks on the Cyprus problem, he said that what is important is the effort to create the required conditions with a view to start a meaningful dialogue on a sound basis.

By In Cyprus
Previous articlePolice probing premeditated murder in Ayia Napa
Next articleHope remains for a Cyprus settlement, but it is not enough, Spehar tells Economist conference