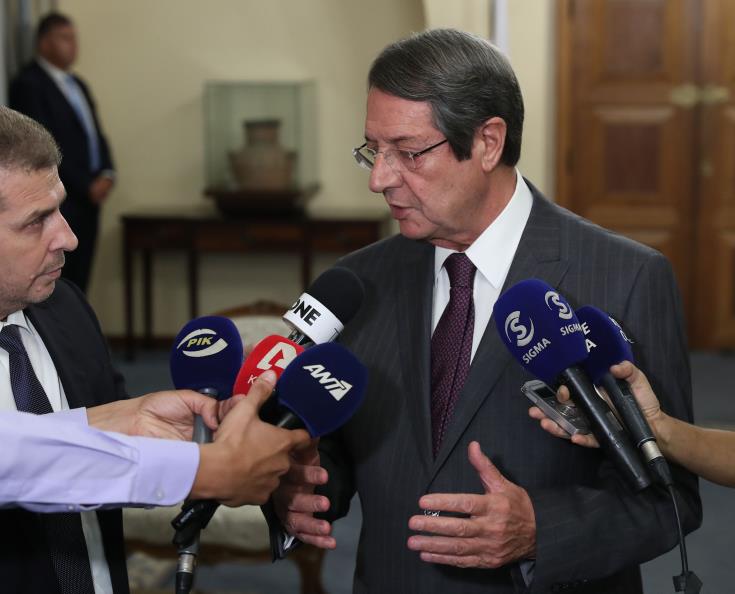 President Nicos Anastasiades said on Tuesday that political equality, as interpreted by the Turkish Cypriot side, cannot lead to a functional and viable state and for this reason it cannot be accepted.

“Of course, I am not ready to accept the Turkish Cypriot side’s claims because they do not lead to that which should be pursued by all Cypriots; a functional and viable state, a normal state, a truly independent state,” he pointed out.

“From the moment they insist in having the first word in a new order things, you realise that it is impossible to reach a solution.”

Replying to another question, the President said that his proposal for a parliamentary system “falls within the bizonal bicommunal federation and creates the conditions for governments to be decided or be formed on a political basis and not on the basis of ethnic origin.” A government, he said, “will be formed on the basis of ideological or political programs and this is what will bring us closer to each other”.

Asked if the blame game has started, Anastasiades gave a negative reply and added that “until today, I have shown patience and I never responded, but there are some limits and one side cannot constantly make arguments that are unfounded”.

The President called on the Turkish Cypriot side to name one state in the world that applies the same provisions as the ones they ask the Greek Cypriot side to implement.