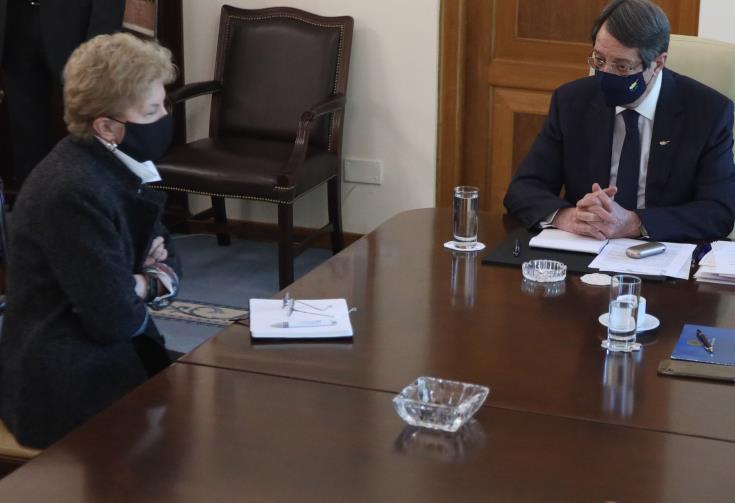 President Nicos Anastasiades has told the EU High Representative of the Union for Foreign Affairs and Security Policy Josep Borrell the EU should have an active participation in an informal meeting on Cyprus.

The high-level meeting is set to be convened by the UN Secretary General next month in New York.

According to a written statement late on Monday by Government Spokesperson Kyriakos Koushos, the President held a phone conversation with Borrell whom he briefed on the Cyprus problem and the initiatives he has taken.

The President informed the EU official on the meeting he recently had with the SG`s envoy Jane Hall Luth, as well as the latest proposals he has submitted to Antonio Guterres, including Confidence-Building Measures.

During the conversation, the Spokesperson said that the President  stressed the need to focus on achieving a comprehensive settlement of the Cyprus issue on the basis of a bizonal, bicommunal federation.

He also reiterated his strong will for the resumption of a productive dialogue from where it left off in the Swiss resort of Crans Montana and according to the consensus of the leaders of the two communities following their meeting with the UNSG in Berlin, in 2019.

The President asked for the support of the High Commissioner for the de-escalation of the situation in the region of the Eastern Mediterranean and the termination of Turkey`s provocations.

Borrell, who also talked on the phone with Turkish Cypriot leader Ersin Tatar, conveyed to both the support of  the EU for the resumption of the Cyprus talks and the Union`s readiness to assist to this end.