President reiterates determination to participate in informal conference on Cyprus 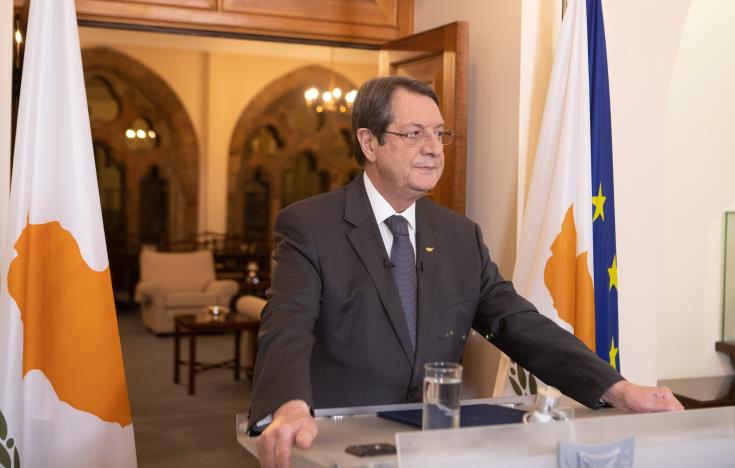 Written statement by the President of the Republic Mr. Nicos Anastasiades on the UN announcement concerning the convening of an informal conference on Cyprus in April I welcome the announcement by the UN Secretary-General Mr. Antonio Gutteres for the convening of the informal conference on Cyprus, between 27 and 29 April, aiming to find common ground that will lead to substantive negotiations for the solution to the Cyprus problem.

I reiterate my strong determination to participate in the informal conference on Cyprus, with a full political will, so that conditions will be generated for the resumption of the talks to achieve a functional and viable solution to the Cyprus problem for the benefit of both communities.

A solution that will be based on the High-Level Agreements, the resolutions and decisions of the UN Security Council, and the values and principles of the European Union, which can lead to the evolution of the Republic of Cyprus into a functional and viable bizonal, bicommunal federation within the parameters that were reaffirmed at the joint meeting of 25th November, in Berlin, and were cited in the UN Secretary-General’s statement that followed.