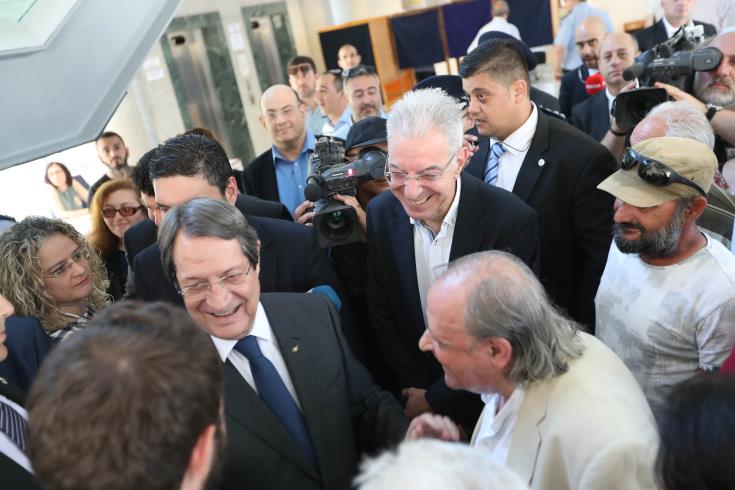 President Nicos Anastasiades praised the Turkish Cypriot turnout in today’s European elections, noting that Europe could help to overcome problems in the talks for a Cyprus solution and could create the conditions where Cypriots could be happy living in a reunited country.

“This is a sign of how happy our country would be if it could be possible to be reunited with all its European citizens, Cyprus’ lawful citizens, living in a climate of mutual respect, in a country which could offer what it owes to its citizens,” he said speaking to journalists.

Europe, he added, is our home, it could help up overcome problems in the talks for a settlement of the Cyprus problem, and to create the conditions where we would be happy to live in a reunited country.

“The Turkish Cypriot participation creates the conditions for all citizens of the country to understand that Europe, which is our home, could help up overcome problems facing the talks and to create the conditions where we could be happy to live in a reunited country, we would live in a family of states which puts human rights, solidarity and humanity above all,” he said.