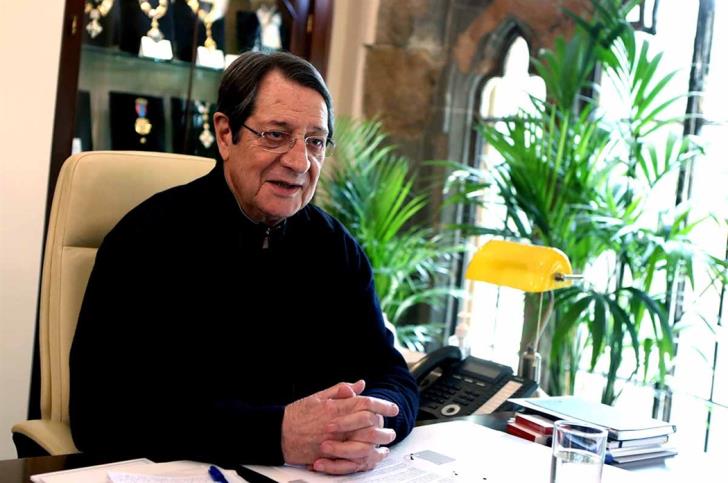 The former UN special envoy for the Cyprus issue Espen Barth Eide is the one who spread the unfounded ‘fiction’ that he supported a two state solution in Cyprus, said President Anastasiades in an interview with ‘Phileleftheros’.

The President noted that the Norwegian official started leaking these rumours following the deadlock at Cran Montana, adding that Eide was always glossing over and sugar coating Turkish positions to everyone he spoke to.
Responding to opposition criticism, following relevant remarks by Archbishop Chrysostom, President Anastasiades made clear that the ones who have the final say over the settlement of the Cyprus issue are the people of Cyprus.
‘I am enough of a pragmatist to know that a two-state solution will never be accepted’, the President stressed.
In his interview, the President disclosed that he will be sending a number of proposals to the UN Secretary General that could forge a positive climate between the two communities, in the framework of the latest Guterres initiative.
‘The goal of the proposals letter is to clearly indicate the honest intentions of the Greek Cypriot side for a substantive dialogue and prevent unilateral action’, the President said.
He added that the proposals (without disclosing any details), if implemented, will play a decisive role in both improving the climate as well as progress in settlement efforts.
President Anastasiades further made clear that the Greek Cypriot side will not be backing off the five party conference called by the UN Secretary General, as the side that refuses to attend will be getting the blame.
By Constantinos Tsintas
Previous articleDozens burn mopeds, injure fireman, police fire warning shot
Next articleWHO approves Pfizer-Biontech vaccine for emergency use