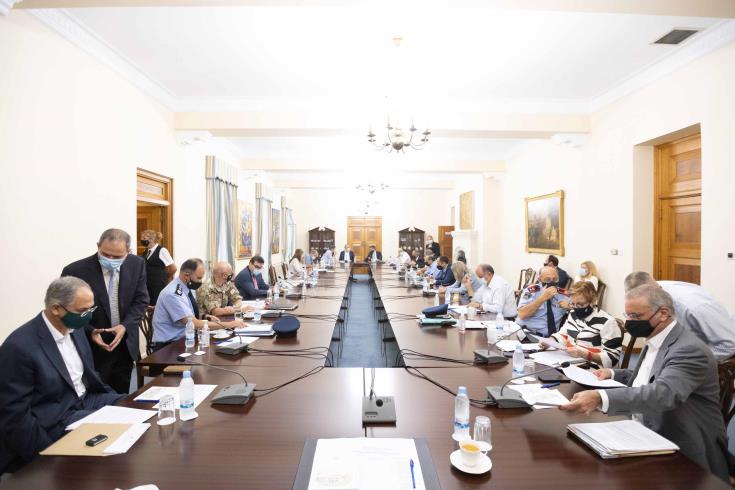 President Nicos Anastasiades has ordered government officials to immediately proceed with measures to strengthen the mechanism behind prevention and extinguishing of fires in Cyprus.

Where possible, bureaucratic procedures should be avoided, Anastasiades said after a Monday evening meeting at the Presidential Palace.

He is expecting specific proposals to be tabled before the Cabinet within two weeks’ time, he also said.

The meeting came days only after a deadly forest fire destroyed over 55 square kilometres and killed four Egyptian labour workers.

Meanwhile, government spokesman Marios Pelekanos said progress was made since 2016 in dealing with fire crises.

The president was also informed on the measures included in the 2021-2023 time-frame either through state funds or the EU recovery and resilience fund.

An expenditure of 18 million euro is estimated through the Fund and an additional 10 million through state funds.

Participants at the meeting tabled their views and suggestions and exchanged views on specific issues, said Pelecanos.