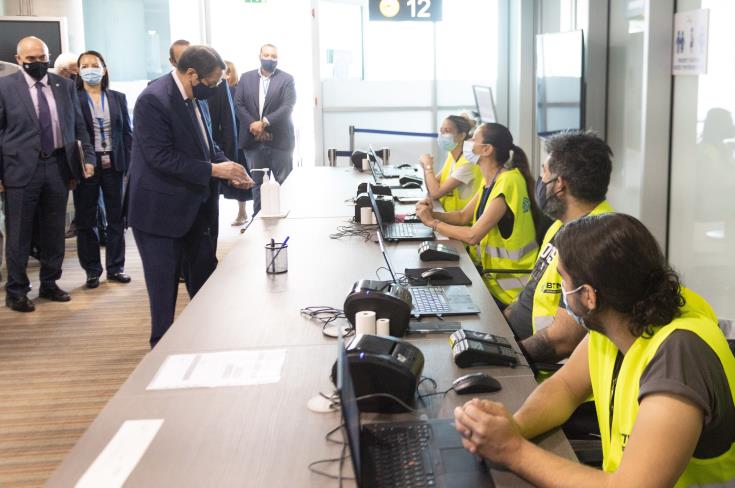 President of the Republic of Cyprus, Nicos Anastasiades, expressed hope and optimism for the new tourist season in Cyprus, taking into account, as he said, the speed of the vaccination program against COVID-19.

Speaking at Larnaca airport after a meeting with stakeholders, the President of the Republic said that there’s hope for a significant recovery of the tourism sector which is one of the strongest assets of the Cypriot economy.

He added that that they also looked into the various problems that arise as a result of the strict health measures to curb the spread of COVID-19 in Cyprus, which as he said have brought the country to the highest level of successful response to the pandemic. This, as he said, is something that will be used to attract tourists from countries as the UK and Russia, but also from other countries, in order to help promote Cyprus as a tourist destination.

Asked to say how optimistic he was about the summer tourist season, President Anastasiades said that “always with reservations and given the speed of the vaccination program, I believe we have every right to maintain both hope and optimism.”

The meeting, chaired by President Anastasiades, was attended by Government Spokesman Kyriacos Kousios, Minister of Transport, Communication and Works Yiannis Karousos, Deputy Minister of Tourism Savvas Perdios and the stakeholders of tourism.

By gavriella
Previous articleWhere to get a rapid test on Wednesday, 19, May
Next articleCyprus and France complete ‘TALOS 2021’ air defense drill [VIDEO]