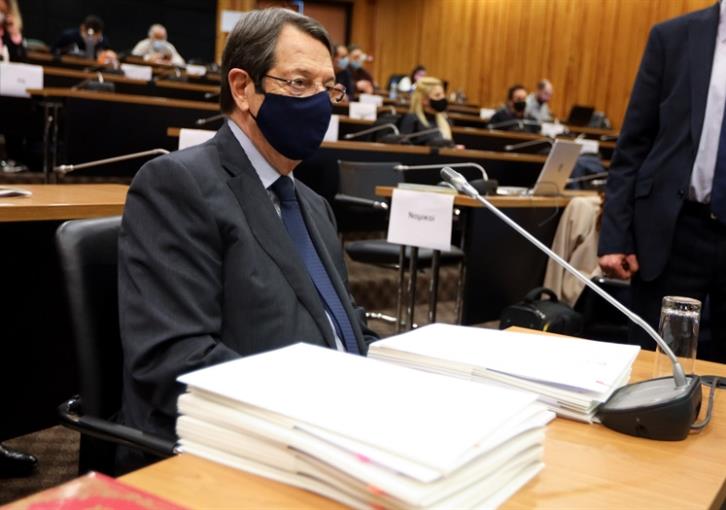 President Nicos Anastasiades today testified before the Investigative Committee for the exceptional naturalizations.

He was asked to reply to a series of questions on the way decisions were made, as well as about his involvement. He refused any involvement and said that after his election he had nothing to do with his legal firm.

He also referred to the case of the Saudi Arabian investor and his jet he used for a trip to Seychelles and confirmed that they had developed a friendship and that there was nothing wrong about that. He said he knew nothing about his son-in-law’s involvement with the Cyprus Investment Program and further claimed that he also knew nothing about the fact that his son-in-law participated in the Administrative Board of the Agia Napa Marina.