President: Much depends on Turkey as regards the appointment of a UNSG envoy on Cyprus 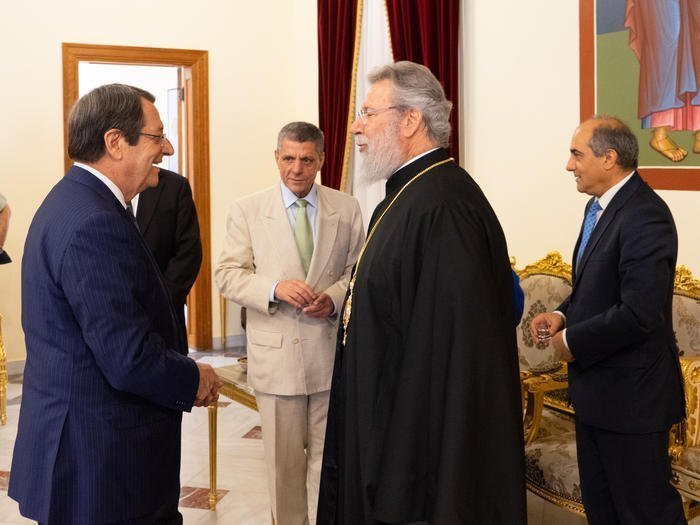 Much depends on Turkey and not on what the Greek Cypriot side does or wants with regard to the appointment of a Cyprus envoy by the UN Secretary General, President Nicos Anastasiades said on Monday.

Invited to say whether he shares the optimism expressed by the President of the Democratic Rally (DISY) party that after the June 24 elections in Turkey there will be some activity on the Cyprus issue, President Anastasiades replied” “this is an assessment (of the situation) and I believe that after the elections we may possibly have some developments.”

Replying to questions on the sidelines of a lunch hosted by the Archbishop on the occasion of today’s name day of Apostle Barnabas, the founder of the Church of Cyprus, the President said that “undoubtedly” in order to have some developments, Turkey must first give its consent to the appointment of a new UN envoy.

He recalled that when the Secretary General proposed a name as his Cyprus envoy, Ankara turned down this proposal, and now, when the SG has proposed a new envoy, Turkey procrastinates. Ankara says it will outline its position on this after the June elections.

The President said that without proper preparation by the SG, in order to assess whether there is common ground, there is no way the UN chief will take a decision on the matter.

“Consequently, a lot depends on Turkey and not on what we do or what we want,” Anastasiades stressed.

Replying to other questions, the President called on everyone to remain patient and not to preempt any situation, in relation to Turkish threats for provocative moves relating to energy matters.

“We will have time to assess Turkey’s response (to a move by the UNSG), whether this will be negative or positive,” he noted.

President Anastasiades repeated once again that the role of the new envoy will be to evaluate whether there is ground for a new Conference on Cyprus.