President meets experts on phase 3 of relaxation of lockdown 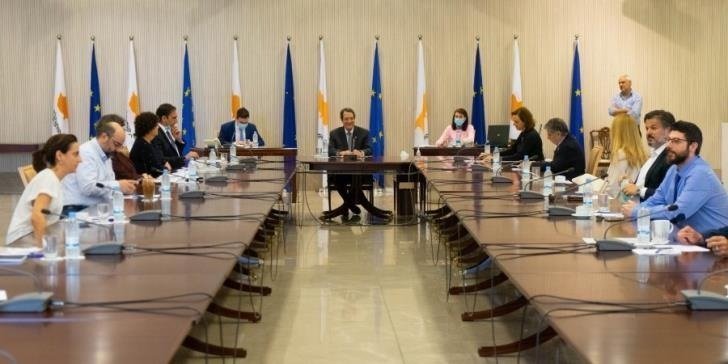 The team of scientists advising the government on the coronavirus outbreak meet President Nicos Anastasiades today to discuss phase three of the lockdown exit strategy amid reports of a disagreement between the experts and the Health Ministry over the pace of the relaxation of measures.

Included in phase three — from June 9 to July 13 — is the opening of the airports, gyms, open air cinemas and theatres among other. Also to be discussed is when nurseries and kindergartens will reopen. Today’s meeting will also assess phase two. Decisions will be taken by the Council of Ministers which meets tomorrow.

Today’s meeting at the Presidential Palace comes amid reports in Phileleftheros of a rift between the Health Ministry and the team of experts regarding the pace of the easing of the measures.

Citing sources, the newspaper’s health correspondent Marilena Panayi reports that the experts’ report — which suggests the speeding up of the lockdown exit — had prompted a written rebuttal from Health Minister Constantinos Ioannou that their proposals run counter to the EU road map.

According to Phileleftheros, the experts suggests moving parts of the actions initially included in phase 4 to phase 3 and curtailing phase 3 to a fortnight. The newspaper cited as examples restrictions on weddings and other gatherings as well as open air concerts.

The paper added that there is however agreement between Health Ministry and scientific team on the reopening of nurseries and kindergartens on June 9.

By In Cyprus
Previous articleViolence erupts at L.A., N.Y. protests after Trump vows to bring in military
Next articleLatest on the worldwide spread of the coronavirus