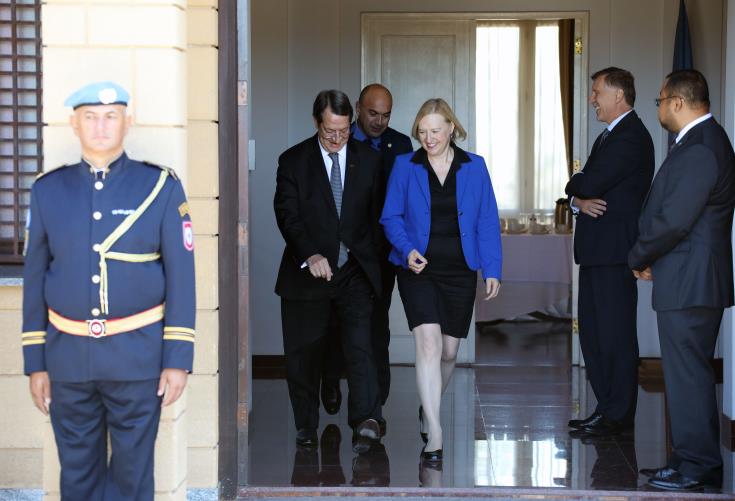 Cyprus President, Nicos Anastasiades, intends to have a meeting and discuss with the UN Secretary General’s Special Representative and head of the UN peacekeeping force in Cyprus (UNFICYP) Elizabeth Spehar, prior to her departure for New York, where she will brief the UN Security Council on July 19, ahead of the adoption of the resolution for the renewal of UNFICYP’s mandate on July 30, CNA has learned.

A source has told the Agency that a meeting between Anastasiades and Spehar may take place, noting that this will depend on the President’s recovery, as he underwent an operation on Saturday after fracturing his right hip during a fall on Saturday in Limassol. The President is expected to be discharged from hospital later this week. He is expected to return to his duties in about two to three weeks after the surgery.

Anastasiades was set to meet with Spehar on June 28, however their meeting was postponed at Spehar’s request and was arranged for July 8.

As before any UN Security Council meeting on Cyprus, the Special Representative “will be having contacts with both sides ahead of her trip to New York” a UN source told the Agency.

Greek Cypriot negotiator Andreas Mavroyiannis has been carrying out contacts in New York in view of the Secretary-General’s report on UNFICYP and the Security Council consultations for this issue.

By In Cyprus
Previous articleDefence Minister: Cyprus not in a warzone, projectile crash in the north was an isolated incident
Next articleMet office: Mainly fine with temperatures at 38 C inland