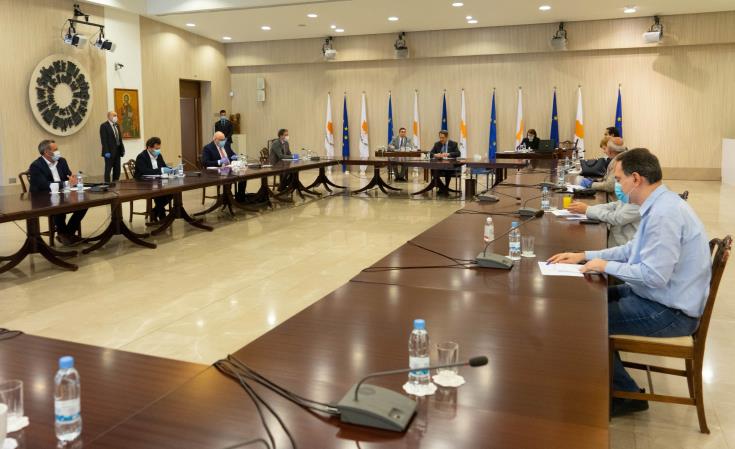 President Nicos Anastasiades has reconfirmed the government’s determination to protect and strengthen the health system.

During a meeting on Friday with the State Health Services Organisation (SHSO) leadership and doctors and nursing staff unions, the President gave instructions to implement specific actions in the health field.

Deputy Government Spokesman Panagiotis Sentonas, in a statement said that President Anastasiades chaired a meeting with the health leadership in the presence of Minister of Health where he was informed on the situation and problems in public hospitals.

He said that they exchanged views on the need to staff the hospitals, staff training, the adequacy of equipment and consumables, completing projects related to infrastructure and the plan and timeframe to reopen the public hospitals.

The President of the Republic reassured participants of the government’s determination to safeguard and strengthen the health system and has given instructions for the implementation of specific actions.

He also thanked the health professionals who are at the frontline of the battle to handle the coronavirus.

In his statements after the meeting SHSO chairman Marios Panagides said the organisation aims to reopen outpatients’ clinics next week. More information will be released next week.

President of the Pancyprian Union of government Doctors (PASIKI), Sotiris Koumas said clear instructions were given during the meeting that there “should be coordination to provide the best services to our fellow citizens and at the same time to ensure that the risk of transmitting the virus within our society is reduced”.

In his statements, President of the PASYDI doctors trade union, Agathoklis Christofidis, said that during the meeting the role of the public hospital during the pandemic, was analysed. “It became clear that the state must provide a safety umbrella to hospitals and staff that will give a sense of safety during crisis periods”.