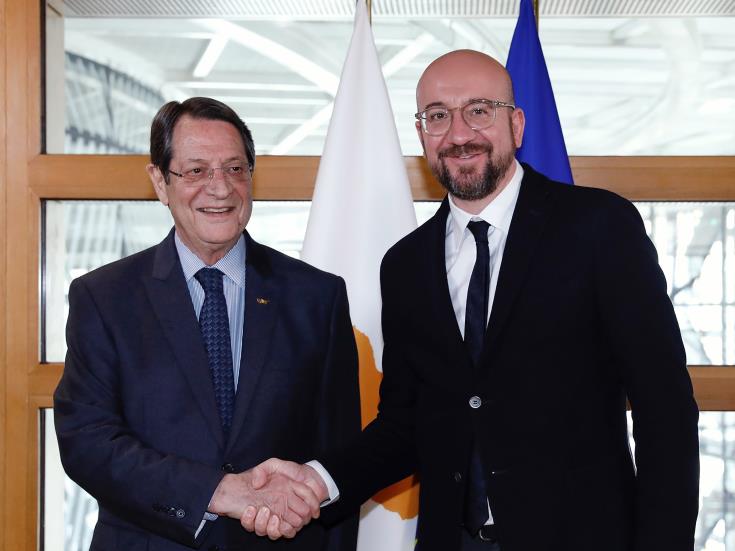 President Nicos Anasasiades has had telephone conversations with European Council President Charles Michel and European Commission President Ursula Von Der Layen briefing them of the country’s positions on the migration problem ahead of their meetings today in Brussels with Turkey’s President Tayyip Erdogan.

In a written statement, Government Spokesperson Kyriacos Koushos said that President Anastasiades had a telephone conversation with Michel yesterday and that he discussed the migration problem and communicated to him of the Republic of Cyprus’ positions on the matters which will be the focus of his meeting with Erdogan.

Michel, the statement says, assured him that he will inform him of developments and the outcomes of his meeting with Erdogan.

President Anastasiades also announced via his account on Twitter that he had a telephone conversation with European Commission President on Monday morning ahead of Erdogan`s visit to Brussels.