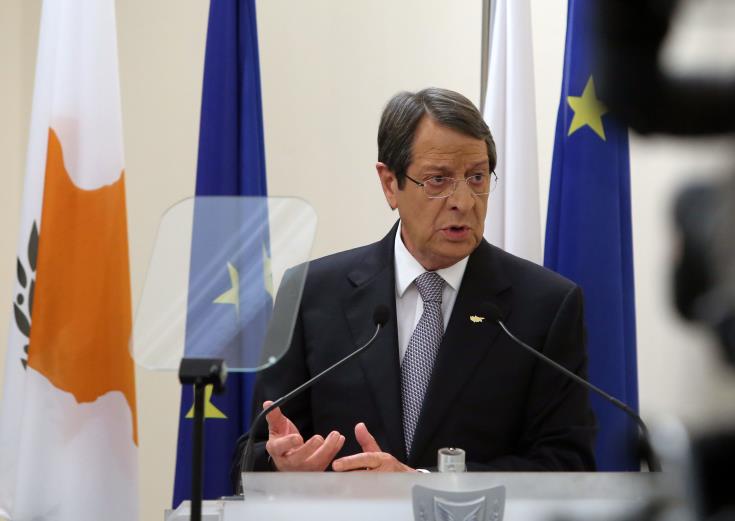 President of the Republic Nicos Anastasiades has described Turkish activities in Cyprus’ Exclusive Economic Zone as “a second invasion,” noting that the government follows the situation with a vigilant eye.

He also said the Turkish activities create insurmountable obstacles to a possible resumption of the UN-brokered talks for the settlement to the Cyprus problems as “it is impossible for one to speak of peace under threats.”

Turkish authorities issued on Friday a Navtex advising that the drillship Fatih would be carrying out drilling operatons in an area west of Paphos from May 3 to September 3.

Anastasiades said that  the Cypriot government is following a policy that had been drafted in light of the dangers from any Turkish threats.

“This is a clear violation of international law or, as I could describe it,  a second invasion, considering the violation of the Republic of Cyprus` EEZ,”he noted.

To a remark that in a letter he sent to the UN Secretary-General he described the Turkish moves as a destructive blow and asked whether talks could resume while “Fatih” remains 40 miles off Cyprus, Anatasiades said “surely insurmountable problems are created as a result of the Turkish attitude.”

“And, as you understand, it is impossible for one to speak of peace under threats. And not just threats but an active violation of the international law,” he concluded.

By In Cyprus
Previous articleMore than 300 CCB properties to be acquired by municipalities, communities
Next articleTrump pardons former U.S. soldier convicted of killing Iraqi prisoner