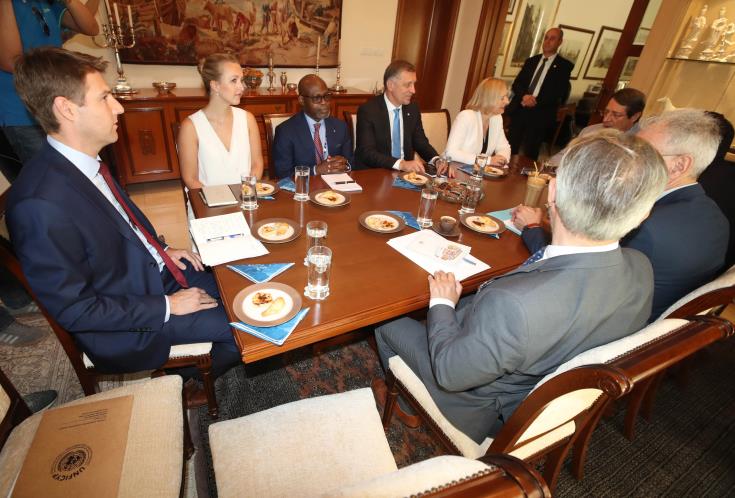 Cyprus President Nicos Anastasiades will convene a political party leaders council on Monday August 5 ahead of an informal meeting he is set to have with Turkish Cypriot leader Mustafa Akinci on August 9, Government Spokesman Prodromos Prodromou said on Thursday.

At the same time, the Spokesman reiterated that President Anastasiades will go to the meeting with Akinci “with a positive spirit and the expectation that during a free and informal discussion they will be able to clarify what is necessary to pave the way for what for a long time now, since his re-election, the President has been continuously seeking, that is to say the resumption of talks for the resolution of the Cyprus problem.”

Asked where the meeting between President Anastasiades and the Turkish Cypriot leader will take place and whether Spehar will also be present, Prodromou replied that “Spehar will be there, but as was the case in previous meetings, the two leaders will have the opportunity to discuss privately in order to talk freely.” This, he added, is something they will agree between themselves when they meet.

Referring to the meeting with Spehar, Prodromou said that that she briefed President Anastasiades on the Security Council’s meeting and the renewal of UNFICYP and matters to do with the meeting of August 9.

Minister of Foreign Affairs Nicos Christodoulides, Government Spokesman and the head of the President’s diplomatic office Kyriacos Kouros were present during the meeting which lasted for an hour.