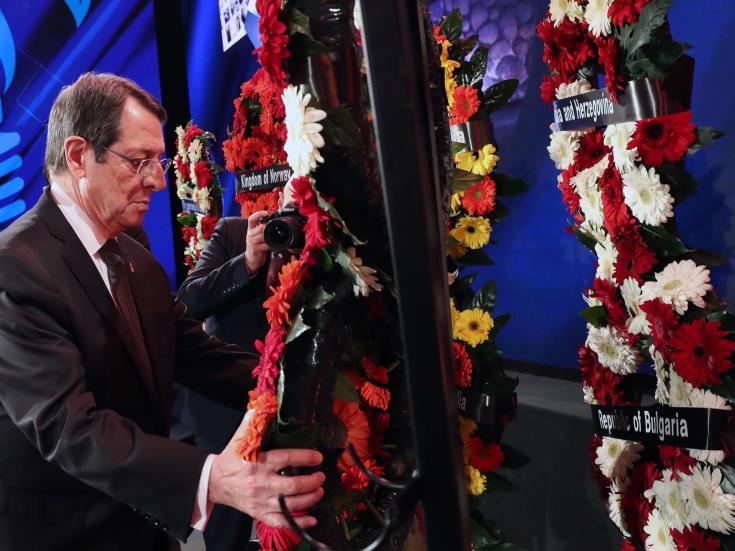 An announcement by Cyprus Presidency says that the President said that it was a really moving event adding that events like these need to take place to remind those who have the same tendencies as the Nazis that they ought to respect the human rights and the human dignity.

During the events the President, who was accompanied by his spouse Andri and the Cyprus delegation, laid a wreath at the Holocaust Memorial.

The Israeli President and the Prime Minister, as  well as the Presidents of France, Russia, Germany, the US Vice President, Prince Charles and the Chair of «Yad Vashem» World Holocaust Remembrance Center, delivered speeches.

The event, headlined Remembering the Holocaust, Fighting Antisemitism, comes days ahead of the 75th anniversary of the liberation of Auschwitz and International Holocaust Remembrance Day on Monday.

Short video clips regarding previous World Holocaust Forums; the rise of the Nazis to power, the Holocaust and liberation; and contemporary antisemitism around the world were shown during the event. Throughout the event, an orchestra and multiple choirs provided musical interludes.

A Memorial Torch was lit by Holocaust survivors.