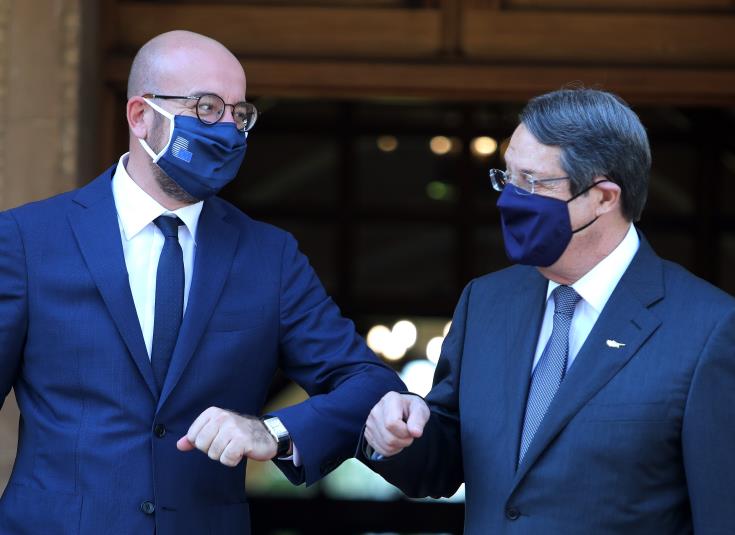 Cyprus President, Nicos Anastasiades, has asked for a strong EU reaction to Turkey’s illegal actions as regards the fenced off city of Famagusta (Varosha).

Government Spokesman, Marios Pelekanos, said in a written statement issued on Friday that President Anastasiades had today a telephone conversation with the President of the European Council, Charles Michel, from whom he asked for a strong EU reaction with a view to reverse the illegal Turkish activities related to Varosha.

On his part, Pelekanos said, Michel assured Anastasiades that he is waiting for the UN Security Council decisions on this issue, and noted that the EU will further react accordingly.

Pelekanos noted that Anastasiades briefed Michel on the latest Turkish provocations during the illegal visit which Cyprus President, Recep Tayyip Erdogan, paid to the occupied areas of Cyprus, and particularly the new illegal actions related to Varosha, asking for an EU strong reaction in order to reverse them.

On his part, according to the Government Spokesman, the President of the European Council referred to the conversation he recently had with the Turkish President and his representations with a view to prevent any provocations on Turkey`s part, during Erdogan`s visit to the occupied areas of Cyprus.

By gavriella
Previous articleShe came to Cyprus while an international arrest warrant was pending against her
Next articleIndictments for incidents at Presidential Palace, Dias begin