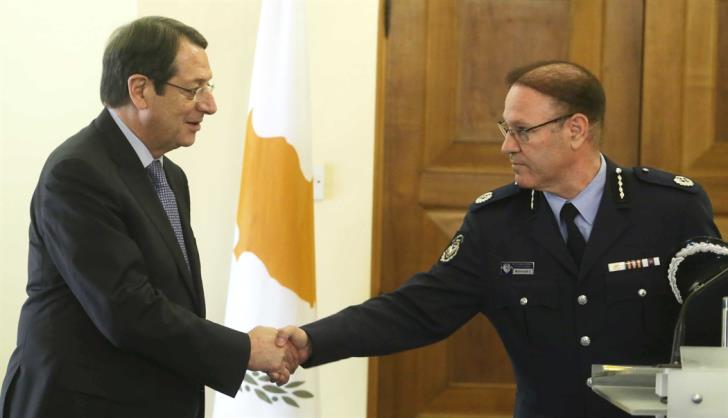 President Anastasiades on Monday appointed Kypros Michaelides as the new police chief and Stylianos Papatheodorou, as the new deputy chief of the force.

Michaelides served as deputy chief under Zacharias Chrysostomou who was dismissed last Friday, over the force’s perceived failures to properly investigate the cases of missing women, who eventually turned out to be victims of a serial killer.

A 35-year-old army captain has allegedly confessed to killing seven women, including two young girls and dumping their bodies at various locations, including a toxic lake and a reservoir.

Papatheodorou was assistant chief of police for operations.

Michaelides will be sworn in tomorrow at the Presidential Palace while Papatheodorou`s sworn in ceremony will take place on Friday.

Papatheodorou, the new deputy chief, was recruited to the police in 1990 and has served in various departments and services, including Director of the European Union and International Police Cooperation Directorate.

Papatheodorou holds a degree in Law and a Master’s Degree in Public Administration. He is also a Graduate of the FBI Academy.