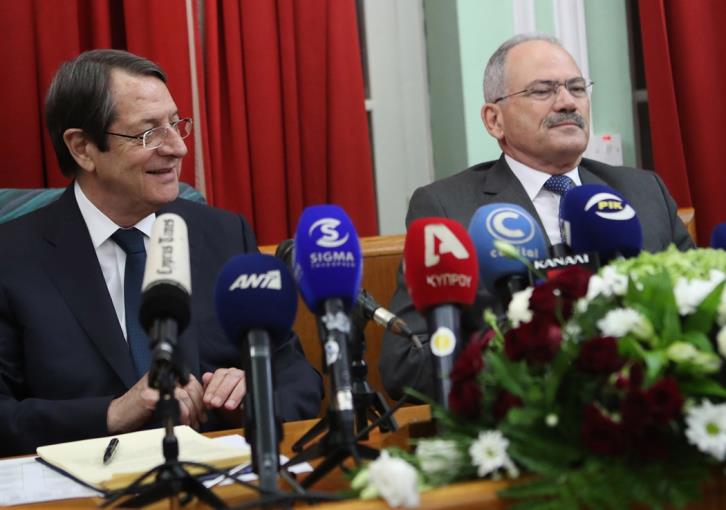 President of the Republic, Nicos Anastasiades, speaking during a meeting that took place on Tuesday, 22 May 2018 in the Limassol City Hall, said that a total of EUR 400 million was spent for projects in the Limassol district since 2015, with some of them being underway, while others have been scheduled to be part of the 2019-2021 Financial Framework.

Speaking about new developments that took place in the Limassol district, President Anastasiades made a specific reference to the commercialization of the Limassol port, which, according to President, served to the increase of fiscal revenue, as from January 29, 2017, when private administrator has undertaken, until the first quarter of 218, the government revenue amounted to € 58.9 million, when compared to € 36.4 million for the same period in 2017 and to €34.2 million for the same period in 2016.

The President also discussed about Cyprus’ first integrated casino-resort in Limassol, which is expected not only to attract an additional 300,000 tourists annually but also to further contribute for the creation of approximately 4,500 direct and indirect full time jobs, saying that the foundation stone laying is set for the 8th of June 2018.

Anastasiades added that a temporary casino will operate in Limassol until the casino-resort is completed.