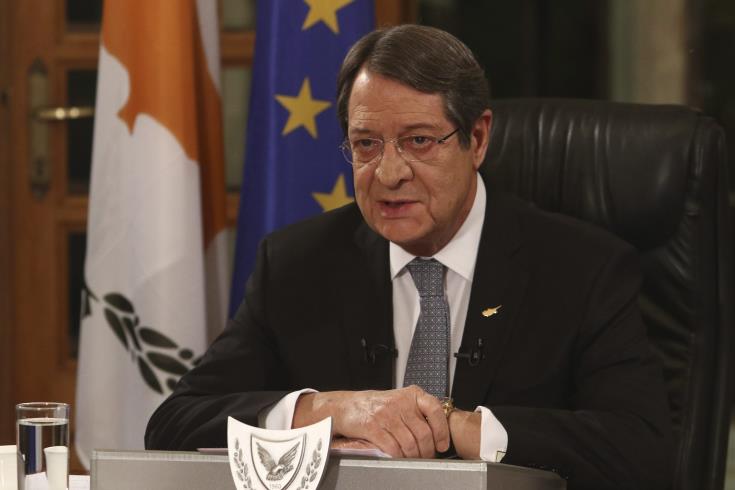 Cyprus President Nicos Anastasiades will attend the EU-Western Balkans summit that will take place in Sofia on May 17th.

A press release issued by the Presidency said that Anastasiades leaves Cyprus on Wednesday morning for Bulgaria. In the afternoon he will participate in the European People`s Party summit to take place on the sidelines of the EU-Western Balkans Summit.

In the evening of 16 May, President Anastasiades will attend an informal dinner hosted by the President of the European Council Donald Tusk in honour of the EU leaders participating in the Summit, where the main topic of discussion will be digital issues and innovation.

During the proceedings of the EU-Western Balkans summit on the 17th of May, issues relating to common challenges among the EU member states and the states of the Western Balkans as well as matters of connectivity among them, will be discussed, the press release added.

The President of the Republic, who will be accompanied in Sofia by Government Spokesman Prodromos Prodromou, will return to Cyprus on the 18th of May.

By In Cyprus
Previous articleWalking through the most idyllic traditional Cypriot alleyways and narrow streets
Next articleCyprus’ GDP grows by +0.8% and +3,8% in quarterly and annual basis in Q1 2018