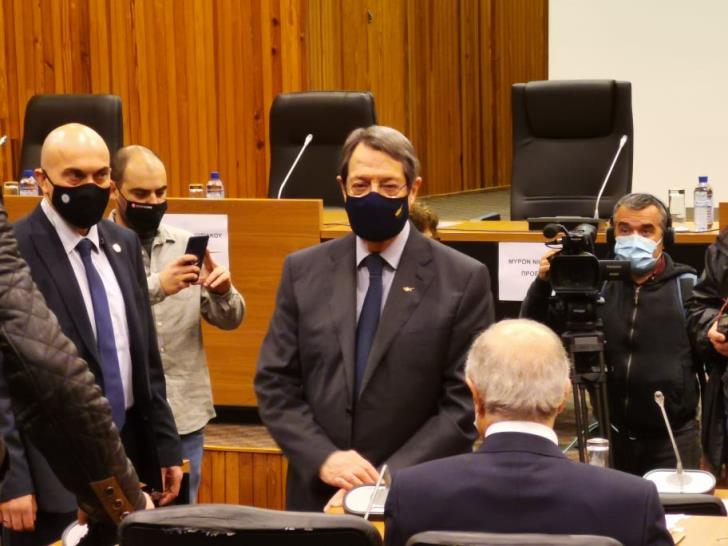 Cyprus’ citizenship by investment scheme will not be revived but other incentives will be given to attract investments, excluding citizenship, the President of Cyprus Nicos Anastasiades said on Tuesday.

In statements to the media, following a 3 hour long testimony before the committee of inquiry looking into the citizenship by investment scheme, in Nicosia, the President said that he would focus on dealing with problems the country is facing. He also said that there are no tough questions when the reply is well justified.

Addressing a question regarding criticism by the opposition and remarks contained in reports of the Auditor General, and whether his deposition today has cleared the air, the President said that he answered with complete sincerity, stating the true facts.

Among the problems the country is facing, the President listed the settlement of the Cyprus problem, the way to effectively address the problems caused by the pandemic, both with regard to public health and the economy, as well as reforms.

“There are serious issues for which everyone’s cooperation is necessary” President Anastasiades said, adding that he will not be the cause of any disagreements. “I am ready to cooperate with all political forces in an honest manner” in order to offer what we owe to this country, despite our disagreements on some issues, the President went on.

Asked if there are any developments regarding the informal “5 plus the UN” conference on Cyprus, to be held purportedly at Greentree, New York, the President replied “not yet.” He said that concerns are being raised due to the restrictions in place, to curb the pandemic, in the United States, and said that there will be an update in the coming days.

Τhe investigative committee to probe citizenships by investment was sworn in last September, after being appointed by the Attorney General to investigate all citizenships granted between 2007 and 2020, as part of a state scheme to attract investment.