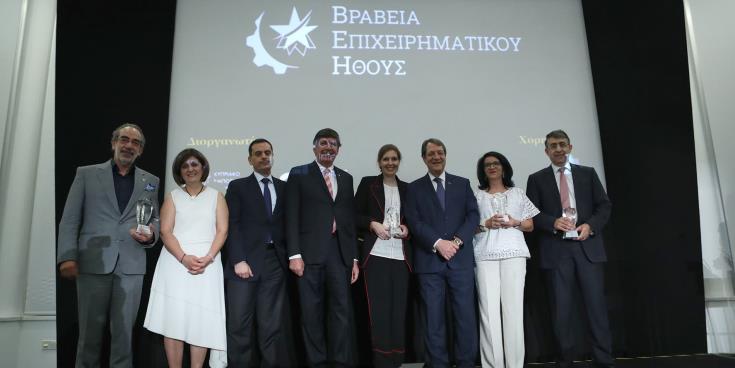 The state entrepreneur has long expired, President of the Republic of Cyprus Nicos Anastasiades has said, noting that at the same time the reform dynamic of Cyprus must not only continue but must be intensified.

Speaking at an event on Wednesday evening, organised in Nicosia by the Cyprus Chamber of Commerce and Industry and the Cyprus Integrity Forum, President Anastasiades said addressing the structural problems of the economy demanded a continuous effort and caution, in order to maintain the credibility gained through many efforts and sacrifices.

President Anastasiades said he was open to suggestions regarding the elimination of bureaucracy so that the state could function more efficiently, noting that the economy depended on business activity and not state actions. “The state entrepreneur has long ago expired,” he said.

He also said that where there is progress and growth today is due to the existence of incentives for the businesspeople taking the risk, initiatives, and the prospect of profit.

President Anastasiades assured that the government would continue to strive to create and maintain the preconditions for the best possible benefits for the country, the citizens, the businesspeople, and the workers.

By In Cyprus
Previous articleWatch dramatic emergency landing of A320 during heavy rain, strong wind
Next articleKynthia Livaniou