President Anastasiades: Return of Famagusta would be a goodwill gesture 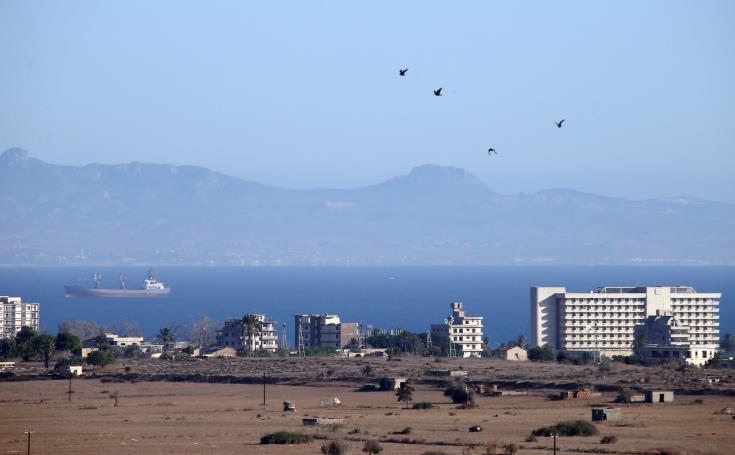 President of Cyprus Nicos Anastasiades said on Saturday evening that the return of the fenced off area of Famagusta – known as Varosha – to its legitimate inhabitants would be a gesture of goodwill on behalf of Turkey.

The return of Famagusta, he said during an anti-occupation event organised by the city’s municipality, would be a gesture ‘that could facilitate a change of the atmosphere and create real feelings of trust between the communities’.

‘Famagusta is a ghost town, it is not inhabited by Turkish Cypriots, it is not used for purported residential needs, but is kept as a negotiating tool’, he said, adding that the international community has remained indifferent despite the resolutions that have been adopted on Famagusta.

The return of the occupied city on the east coast of Cyprus as a confidence building measure has been raised many times, he said.

We knew, the President said, that accession into the EU would create the conditions for a solution that would protect both the Greek Cypriots and the Turkish Cypriots through the implementation of the acquis communautaire.

He stressed that an independent state, member of the European Union does not need guarantees from a third country and called on the Turkish Cypriots to realise that Turkey is protecting its own strategic interests.

‘We should keep in mind, us and our European partners and the international powers, that there can be no prospect for a viable solution as long as the Turkish Cypriot side or Turkey raise such claims that will not allow it to be functional, that will not allow the Cypriots to be autonomous and manage their fates, that will not allow a sense of security and will not undo the feeling of injustice deriving from the occupation of our property’.

President Anastasiades stressed that the continuation of Turkey’s guarantees will not allow the state to be viable and pointed out that the provisions of the Charter of United Nations and the Treaty of the EU, can provide Turkish Cypriots with a sense of security. ‘We stand ready with full respect towards our compatriots to make – and there have been made – concessions, but at the same time they themselves must respect this sense of justice, the feeling of security that the Greek Cypriots must have,’ he pointed out.

Anastasiades said that during his meetings with the Secretary General and with the permanent members of the Security Council of the United Nations, in New York, last month, he clearly reiterated his readiness and determination to determine ways for the settlement talks to resume.

He noted that the only way for the talks to restart is to accept the progress made so far and for the Turkish Cypriot side to accept the Secretary-General’s framework paper, to which the Greek Cypriot side has responded in writing.