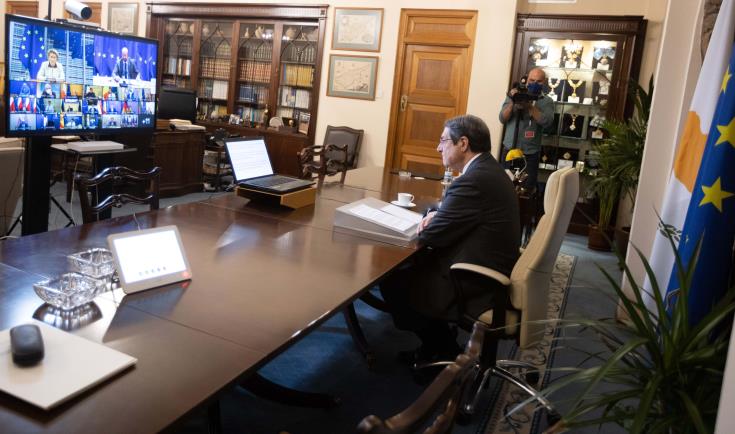 President Nicos Anastasiades has pointed out the problems Cyprus is confronted with because of the slow rollout from the EU of Covid-19 vaccines.

This is mainly due to the delays in the production of the pharmaceutical companies with which the Union has signed contracts.

The President participated in a videoconference of the EU leaders on Thursday evening with whom he discussed coordinating efforts to contain the spread of the pandemic, according to a written statement by Deputy Government Spokesman Panayiotis Sentonas.

In his briefing, the President also said the island’s vaccination provides that 50% of the population will have received the jab by next June, and 100% of citizens who will express the wish to get inoculation by September.

He also called on the Commission to continue working intensively to meet the obligations of pharmaceutical companies and to receive increased quantities of vaccines the soonest.

The President also said that the first batch of vaccines was delivered to the Turkish Cypriot community on Monday.

He also expressed support to the Greek Prime Minister who proposed the introduction of an EU vaccination certificate, with the aim, as soon as conditions allow, of the gradual lifting of travel restrictions.

The EU leaders agreed that there is a need to step up the inoculations and meet the vaccination targets as soon as possible.