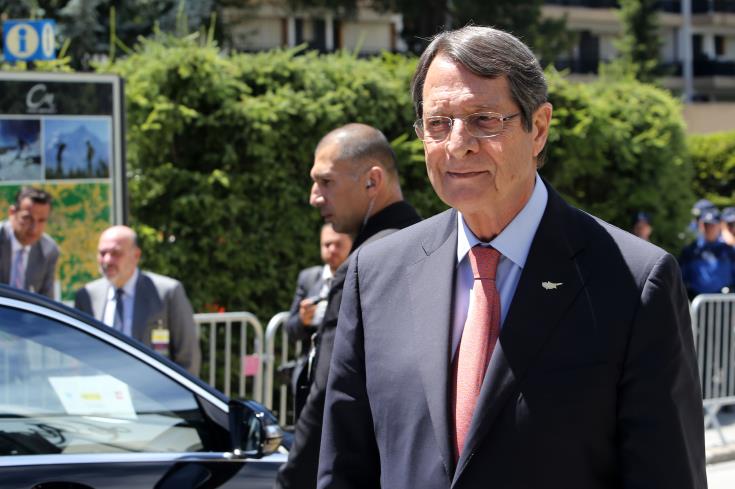 Cyprus President Nicos Anastasiades pays today and tomorrow a two-day official visit to Serbia, during which bilateral agreements between Cyprus and Serbia will be signed.

According to a press release issued by the Presidency, Anastasiades, who leaves today for Belgrade, accompanied by his spouse Andri Anastasiades, will hold during his stay in Belgrade, talks with his Serbian counterpart Aleksandar Vučić as well as with other high state officials.

The President of the Republic, who will be accompanied by the Minister of Foreign Affairs Nikos Christodoulides and the Government Spokesman Prodromos Prodromou, will leave for Cyprus in the evening of May 10.

By In Cyprus
Previous articleAn amazing view point in Cyprus! Can you guess the place?
Next articleNothing to be announced from the UN on Jane Holl Lute