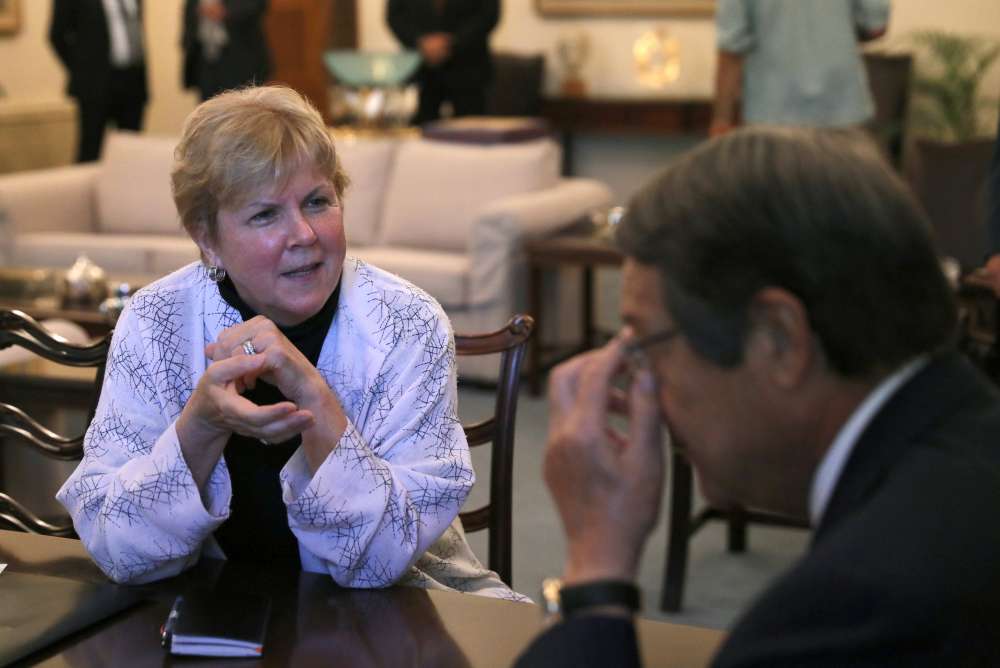 President Nicos Anastasiades had a three-hour long meeting here today with UNSG’s envoy Jane Hall Lute, who is on a mission on the island to investigate the ground with regard to efforts to resume the stalled UN-led Cyprus peace talks.

In early afternoon, she will meet Turkish Cypriot leader Mustafa Akinci in the northern Turkish occupied part of Nicosia.

President Anastasiades is now holding a meeting with his aides.  CNA has learnt that beginning of September Lute is expected to submit a report to the UNSG on her contacts in Nicosia, Athens, Ankara, London and Brussels.