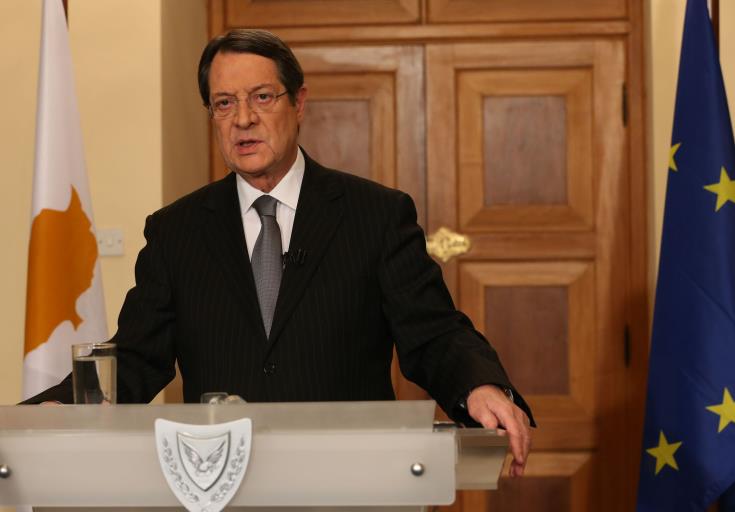 The return of the Cypriot economy to a credit rate after 6,5 years constitutes the most powerful confirmation of the sound economic management we have adopted, Cyprus President Nicos Anastasiades said on Saturday in a post on Twitter.
Cyprus economy is recovering in a promising way and this is being acknowledged, Anastasiades noted, as Standard & Poor’s upgraded Cyprus’ credit ratings to investment grade, after calling them “junk” for almost seven years. Late on Friday, they raised Cyprus’ sovereign credit ratings to `BBB-/A-3` from `BB+/B` with stable outlook.
In a written statement, Government Spokesman, Prodromos Prodromou, said that the return of the economy to a credit rate is the result of the proper financial management and the necessary changes to the system, adding that “we must continue on this track, with the belief that Cyprus can do much more, through a development strategy which is successfully implemented.”
Prodromou said that Standard and Poor`s positive credit rating on Cyprus means that  the Cypriot economy will again a  credible economy which is worldwide trusted and can have access to financing without any problems.
He also noted that this development will have very positive results both as regards the state`s financing potentials and the investors` trust in Cyprus.
Source: CNA

By In Cyprus
Previous articlePolice arrest 33 in raid on illegal casino
Next article4,000-year-old Egyptian Tomb opened near Giza