President Anastasiades in Athens on Tuesday for meetings 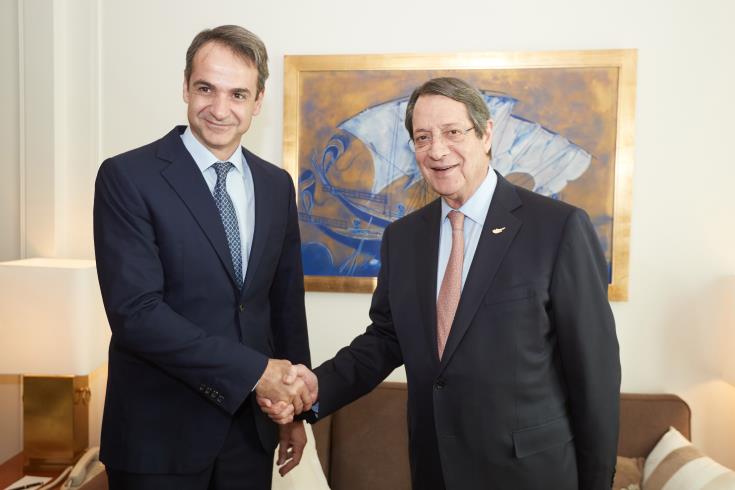 President of the Republic of Cyprus Nicos Anastasiades will be flying to Athens on Tuesday, to meet with President of the Hellenic Republic Katerina Sakellaropoulou and Prime Minister Kyriacos Mitsotakis, with talks focusing on Turkish provocations.

On Tuesday morning, President Anastasiades will be meeting Sakellaropoulou, followed by the meeting with Mitsotakis, with whom he will hold talks, in the presence of delegations from both countries.

The talks will focus inter alia on Turkish provocations against the two countries and their sovereign rights, as well as Turkish provocations in the Eastern Mediterranean and broader, Euro-Turkish relations, bilateral relations between Greece and Cyprus, and coordination in view of the European Council on July 17 and 18 in Brussels.

In the afternoon, President Anastasiades will receive President of opposition SYRIZA, Alexis Tsipras.

President Anastasiades will be returning to Cyprus late on Tuesday evening.

By Josephine Koumettou
Previous article€300 fine for travellers not in possession of Cyprus Flight Pass
Next articleExperts concerned over Serbia, cases among immigrants