President Anastasiades has nothing to report on UN summit on Cyprus 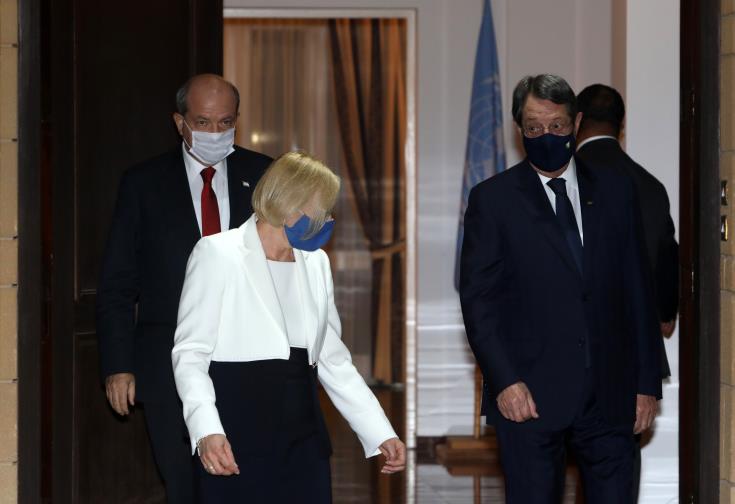 There is nothing new so far as regards the possibility of the UN Secretary General launching an informal five-party plus summit on divided Cyprus, President Nicos Anastasiades has said.

“Not yet, nothing at the moment,” he told journalists while leaving a photo exhibition on the 60 years of the Republic of Cyprus at the capital’s Filoxenia Conference Center.

In a joint statement, the two leaders expressed determination to positively respond to the Secretary-General’s commitment to explore the possibility to convene an informal five-plus-United Nations meeting, in a conducive climate, at an appropriate stage.

Asked when the UNSG would send Jane Holl Lute, his special Envoy to Cyprus, the President again said there was nothing to report at the moment.

By Annie Charalambous
Previous articleProtest against corruption outside the Presidential Palace on Friday
Next articleDeloitte Legal, Hadjianastassiou, Ioannides LLC