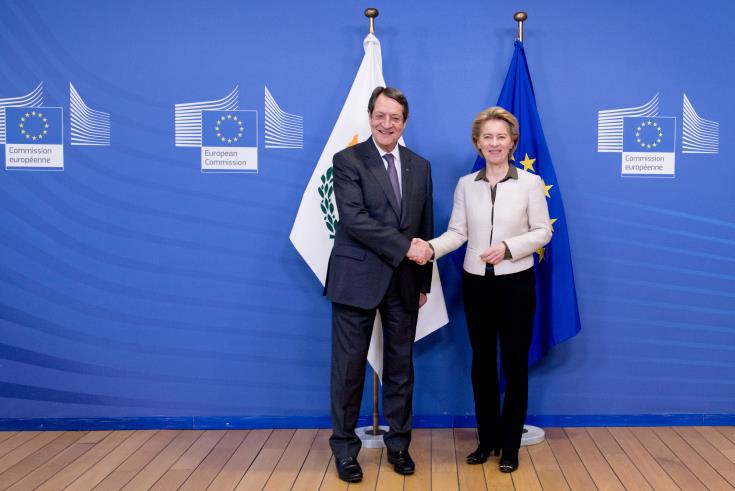 President Nicos Anastasiades and European Commission President Ursula von der Leyen have agreed that the EU needs to be represented at the informal meeting on Cyprus, which will be called by the UN Secretary General most probably in April.

The President had a phone conversation with von den Leyen on Saturday and according to Government spokesperson Kyriakos Koushos they discussed the latest developments on the Cyprus issue and the informal meeting with the aim for the dialogue to resume and lead to a solution based on the UN resolutions and the EU principles.

They both agreed that EU needs to be present at this meeting and needs to have an active engagement in the efforts to solve the problem given that Cyprus in an EU member state.

Cyprus President and EC Head also spoke about the upcoming European Council to take place end of March and the discussion on EU-Turkey relations. The President pointed out that Turkey needs to show in deed that is ready to enhance her relations with the EU, in the framework of the international and European law.

The pandemic was also on the agenda and the President thanked the Commission, von der Leyen and the Commissioner Stella Kyriakides for their efforts to contain COVID and for the inoculations in the member states.

Cyprus has been divided since the 1974 Turkish invasion. The latest round of UN backed talks took place in the summer of 2017 at the Swiss resort of Crans Montana but failed to yield results.