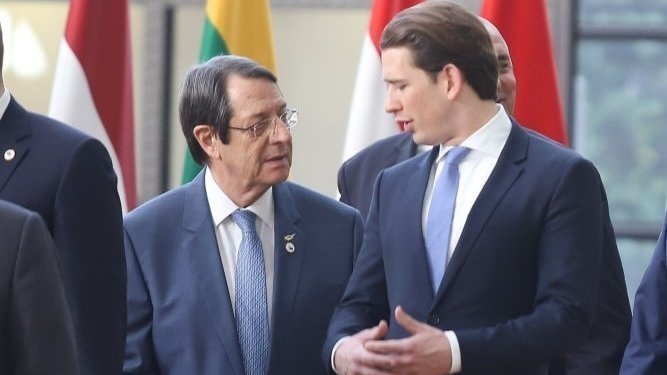 President Nicos Anastasiades and Austrian Chancellor Sebastian Kurz discussed the positive signs in both countries with regard to the coronavirus outbreak that enables the resumption of their respective tourist industries.

In a written statement, Deputy Government Spokesman Panayiotis Sentonas said that Anastasiades and Kurz discussed the state of play in the two countries concerning the response to the Covid-19 pandemic, the positive signs in both Austria and Cyprus and pointed out that the current epidemiological data allows both countries to re-open their tourist industries.

The President, Sentonas added, referred to the excellent bilateral relations between the two countries, expressing Cyprus’ will to enhance them even further.

Anastasiades namely referred to air connectivity between Larnaca and Vienna and the immediate resumption of flights, as Austria is included in the list of countries considered safe for flights to Cyprus.

The President also underlined that Cyprus is an ideal destination for Austrian tourists, adding that he looks forward to more synergies with Austria in the field of tourism.

President Anastasiades also briefed the Austrian Chancellor on Turkey’s continued illegal actions in the Cypriot exclusive economic zone and in the wider Eastern Mediterranean, as well as the destabilizing nature of and the dangers stemming from these illegal actions.

Sentonas said that Anastasiades and Kurz reached an understanding concerning the role the EU should play monitoring closely these developments, deploring these illegal actions and insisting on the implementation of its decisions.

Anastasiades and Kurz also exchanged views on the new EU multilateral fiscal framework and the recovery fund, stressing the need for timely decisions in the upcoming EU Council.

By In Cyprus
Previous articleLarnaca: Residents of special needs home evacuated after fire
Next articleSanctions on Turkey for Cyprus’ EEZ can also be applied for threats against Greece