Presence of UNFICYP until a settlement has been reached, government believes 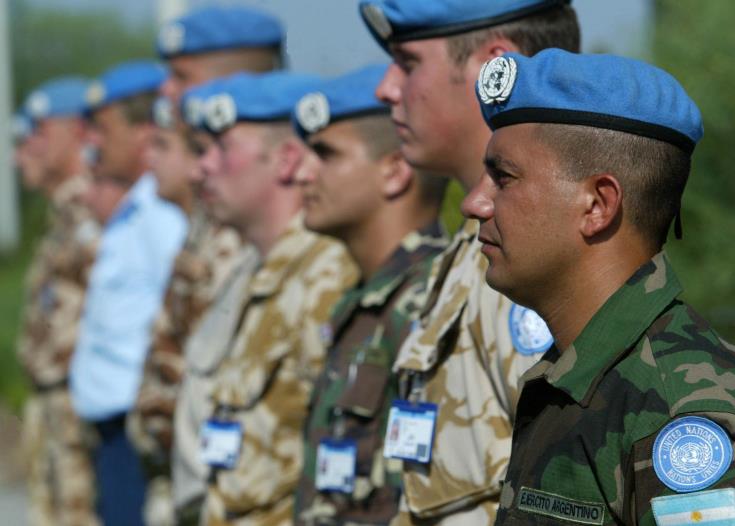 The Government believes that in view of the prevailing conditions in Cyprus that remain unchanged since the 1974, Turkish invasion, it is crucial to retain the presence of UNFICYP, in its current mandate and configuration, until a settlement has been reached, Michael Mavros, Second Counsellor at the Delegation of the Republic of Cyprus to the United Nations has said.

He also expressed his satisfaction for the decision of the Secretary General to instruct Jane Holl Lute, his special envoy, to continue discussions and the unanimous support of the Security Council to the efforts under way.

“Our side will continue to engage constructively in the efforts to revive the negotiating process and reach a lasting solution of the Cyprus issue”, Mavros said, addressing a meeting Thursday, where a Comprehensive Review was  made of the whole question of peacekeeping operations in all their aspects.

Mavros said that Cyprus unequivocally supports the review of peacekeeping operations in order to enable them to become more effective and efficient in responding to contemporary challenges and able to fulfill their mandate as prescribed by the Security Council.

He pointed out that Cyprus has expressed its support to the `Declaration of Shared Commitments` and to the Secretary General’s vision for reforming the peace and security pillar with the aim of improving the United Nations peacekeeping operations’ ability to deliver on their mandates with a stronger focus on performance.

“As a host country of a peacekeeping operation since 1964, we are deeply indebted to the United Nations, to all the United Nations member states for their invaluable contributions, their active involvement and their steadfast support. UNFICYP is a successful model of a UN operation, with exemplary performance in exercising its preventive and deterrent tasks, preventing a recurrence of fighting, contributing to the maintenance of law and order and a return to normalcy, preserving stability, de-escalating tension, promoting and facilitating bicommunal activities, undertaking humanitarian activities and, most importantly, underpinning an atmosphere that is conducive to the political peacemaking process”, he said.

Mavros added also that UNIFICYP has been a pioneer in implementing new policies, including on strengthening women’s participation in peacekeeping, having appointed in 2014 the first woman to serve as Force Commander in a United Nations peacekeeping operation.

Mavros also underlined that UNFICYP is already a “lean” peacekeeping operation whose limited strength poses challenges in the execution of its functions and has undergone repeated reviews, the recommendations of which have fully implemented.

“I would like, therefore, to reiterate that, in view of the prevailing conditions in Cyprus that remain unchanged since 1974, it is crucial to retain the presence of UNFICYP, in its current mandate and configuration, until a settlement has been reached”, he said.

By In Cyprus
Previous articleLaw could keep Native Americans from voting, leaders fear
Next articleFM: Nicosia wants Turkey to be involved in energy developments, but first it has to solve Cyprus issue