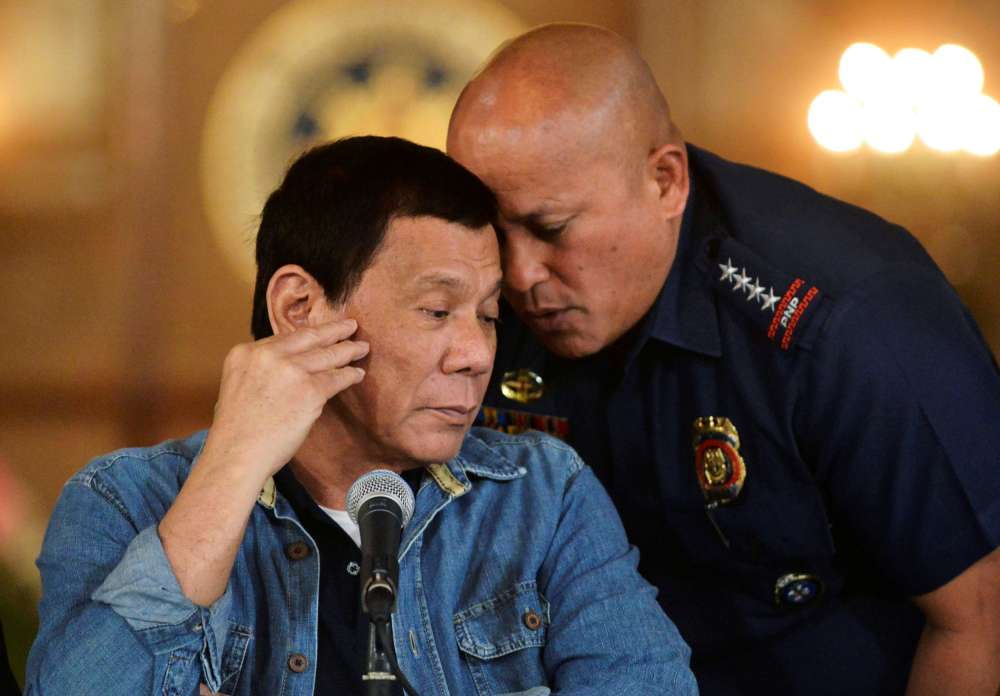 Philippine President Rodrigo Duterte has renewed an offer of big bounties for hundreds of convicted murderers and rapists set free in a corrections bureau blunder, and said he would be happier if they were caught dead rather than alive.

The release under a good behaviour reward programme of more than 1,700 criminals guilty of dangerous offences has been a huge embarrassment for a crime-busting former mayor who was elected almost entirely on promises to make the streets safer.

Duterte said there was a “prize” of a million pesos ($19,175) for each of the former felons still at large, after less than 700 of them heeded his call for their surrender.

“The one million prize is available to those who can capture them dead or alive. But maybe dead would be a better option. I will pay you smiling,” he told reporters late on Tuesday.

Duterte is a former prosecutor notorious for a deadly war on drugs that has caused international alarm, and countless urban legends of his gangster-style approach to fighting criminal enemies during his 22 years as mayor of Davao City.

His latest remarks are likely to outrage opponents who accuse him of deliberately using rhetoric that incites vigilantism. His office rejects that and says his tough talk is endearing to millions of Filipinos.

The good conduct law was passed under Duterte’s predecessor to try to reduce the populations of some of the world’s most crowded jails.

More than 21,000 inmates were released, but justice ministry officials say more than 2,000 of them were sentenced for crimes, like rape, drugs, murder, bribery, plunder, kidnapping and arson, and therefore they were not eligible for release.

Some 1,700 of them were freed by a corrections bureau run by Duterte’s appointees, two of them his staunch loyalists. The most recent, Nicanor Faeldon, was sacked this month after it emerged that nearly 900 serious offenders were freed on his watch. Faeldon denies wrongdoing.

Duterte defended the appointment on Tuesday of a new corrections bureau boss – a prison chief for whom prosecutors have sought homicide charges.

Gerald Bantag ran a jail in Manila’s Paranaque City, where in 2016, a grenade explosion killed 10 inmates, most of them drug offenders. A court has yet to take up the case.

Duterte said he believed Bantag was the right choice.

“I don’t think that he did it. If he did, then he might be convicted,” he said.

“But in the meantime, I like him because I heard he throws grenades,” he added, nonchalantly.

By In Cyprus
Previous articleYouth to protest against Climate Change on Friday
Next articleCBC licenses seven credit acquiring companies, one is a bank subsidiary