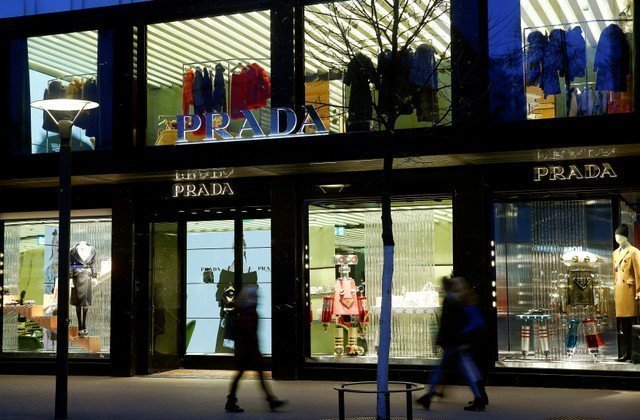 Prada Chief Executive Patrizio Bertelli said on Friday his family would not sell its 80 percent stake in Italy’s biggest luxury goods group and said his son Lorenzo may one day head the company.

The Milan-based firm is run by the husband-and-wife team of Patrizio Bertelli and designer Miuccia Prada, whose grandfather founded the label in 1913.

The couple’s eldest child Lorenzo, 30, joined Prada to run its digital communications last year, the company confirmed this week following a Bloomberg report. Bertelli said his son was being prepared to take over.

“Lorenzo is getting ready to become one day – if he wants to – the head of Prada,” Bertelli said, at the inauguration of a production site in Italy, although 72-year-old also said it was “too early to retire.”

The succession question comes as Prada looks to cement early signs of a turnaround following several years of falling sales.

Chinese consumer demand rebounded in the past 18 months, fuelling rapid growth for some rivals like Kering’s Gucci or LVMH’s Louis Vuitton, but Prada was slow to catch on to trends such as the rise of high-end streetwear like sneakers.

It is also playing catch up with online sales, and trying to build a bigger digital presence by forging ties with influential fashion bloggers, especially in China.

Sales trends improved in the second half of 2017.

Other famed Italian fashion houses such as Salvatore Ferragamo are also in the midst of a turnaround, as some brands struggle more than others to grab younger shoppers’ attention with new products and eye-catching looks.

That has sparked speculation that names like Prada or Ferragamo could become takeover targets, though both are tightly controlled by families seen as unlikely to let go easily.

“We’re not selling, we’ll never sell,” Prada’s Bertelli said, adding that there were no acquisitions in sight either because of “really crazy” prices.

The luxury industry’s biggest, cash-rich players – French conglomerates Kering and LVMH – have succeeded in picking up some Italian family brands in recent years, however.