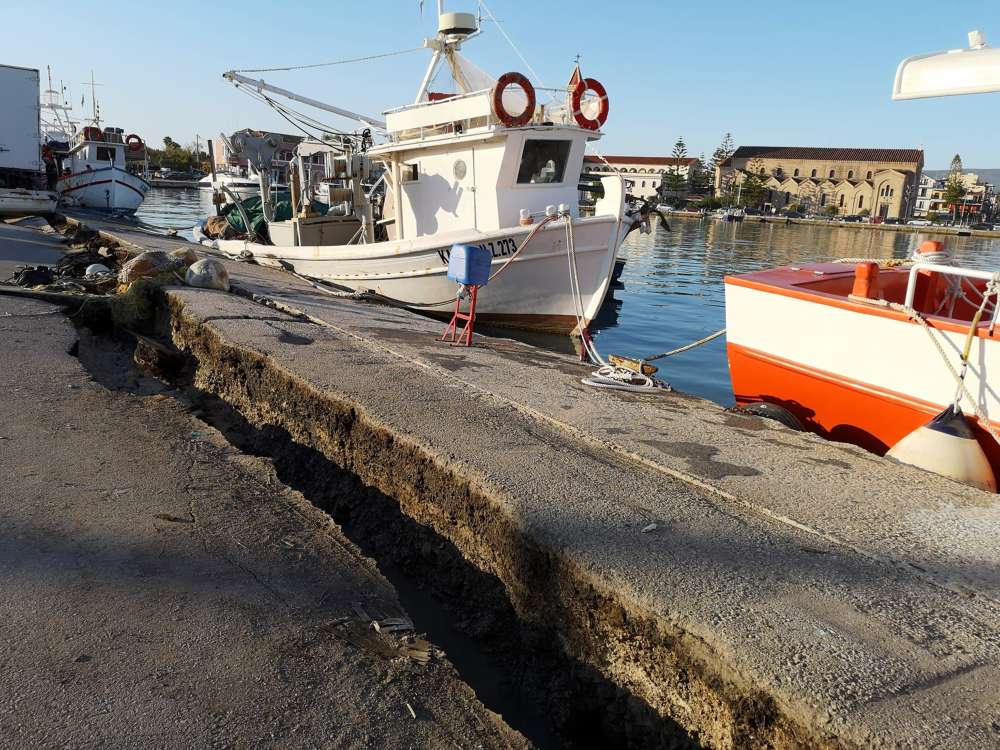 The quake sent out tremors felt as far afield as Libya, Italy, Malta and Albania. Greek authorities initially issued a tsunami warning then withdrew the alert.

The magnitude 6.4 quake struck in the Ionian Sea, 50 km south of the island of Zakynthos, also known as Zante, Greece’s Geodynamic Institute reported. The U.S. Geological Survey rated the magnitude at 6.8.

Three people were taken to hospital on the island, two of them slightly injured, a spokesman for Greece’s civil protection agency said. A series of aftershocks, the highest at 5.6, rattled the island and power was briefly disrupted.

Tremors damaged a 15th-century monastery on the nearby islands of Strofades, local media in Zakynthos reported. They also left large cracks in the port of Zakynthos, though authorities there said operations would continue as usual.

“We are not facing any particular problems,” Zakynthos Mayor Pavlos Kolokotsas told Greek state broadcaster ERT. “Calm is being restored.”

“The energy unleashed, based on the angle of the faultline, fanned out towards Italy,” he added.

The quake was fairly shallow, according to the USGS, just 14 km below the seabed, which would have amplified shaking.

It struck at 1:54 am. Greece straddles two tectonic plates and often suffers earthquakes.

The EMSC European quake agency said sea levels had risen slightly, by about 20 cm, but the increase could be higher locally. It later tweeted sea level changes were also observed in Italy.

By In Cyprus
Previous articleCourt rejects paedophile’s appeal that he was “in love” with 10 year-old victim
Next articlePafilia withdraws interest in Paphos marina, calls for new tenders