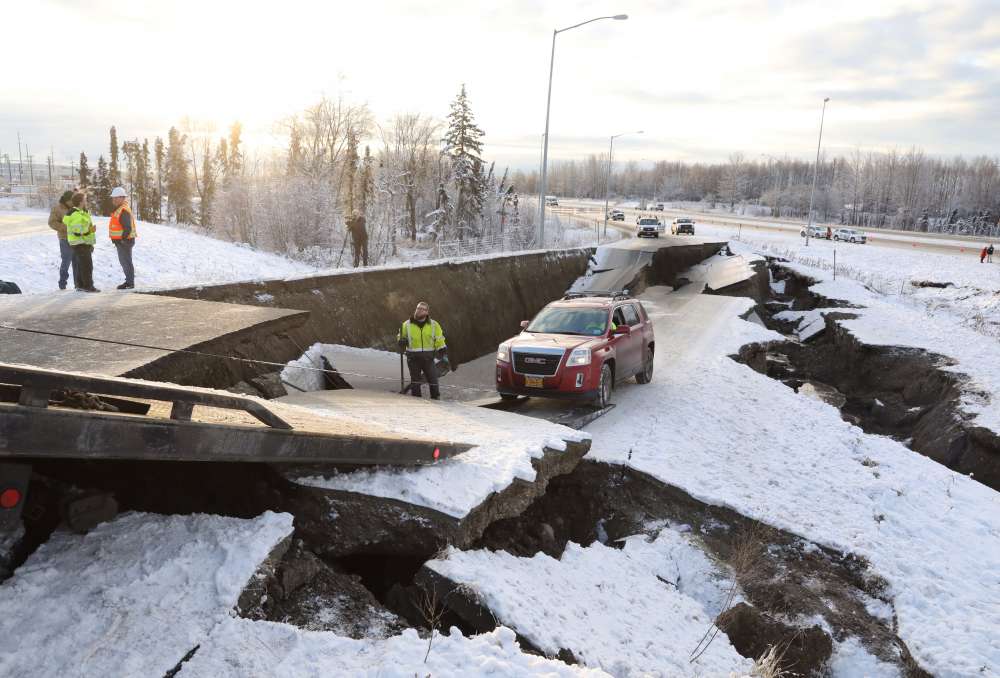 A powerful earthquake jolted southern Alaska on Friday morning, buckling roads, disrupting rush-hour traffic and jamming telephone service in and around Anchorage, the state’s largest city, but there were no reports of serious injuries.

The 7.0 magnitude quake struck about 8 miles (13 km) north of Anchorage, a city of 300,000 residents accounting for about 40 percent of Alaska’s population, and was followed by dozens of aftershocks that continued to rattle nerves throughout the day.

Public schools and many businesses across Anchorage closed early, and an eerie quiet settled over the city’s largely deserted streets by nightfall. At least two local television stations were briefly knocked off the air by the tremor, which some people said sounded like a roar of gunfire.

Roads and bridges appeared to have been hardest hit, but Anchorage was otherwise mostly spared from major structural damage, authorities said. Power outages and disruption of phone service were widespread. 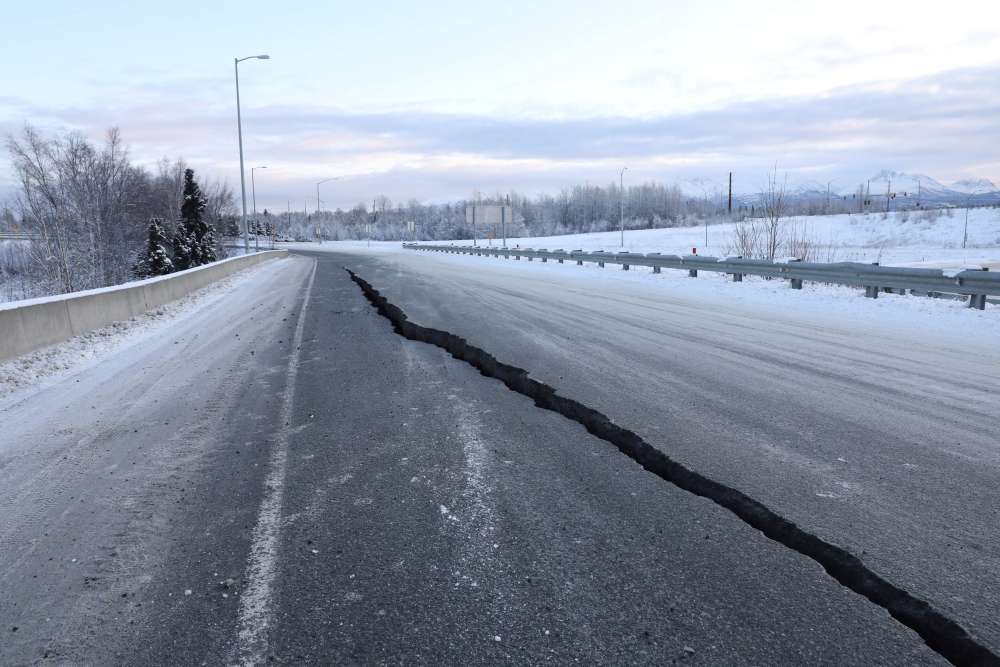 Emergency medical personnel answered 56 calls in the hours immediately after the temblor, although none involved serious injuries, Hettrick said.

“The fact that we went through something this significant with this minimal amount of damage says that we’re a very well-prepared community, that our building codes and our building professionals have done a terrific job,” Mayor Ethan Berkowitz told an earlier news conference.

The initial quake produced strong shaking within a 30-mile (50-km) radius of its epicenter, with ground movement felt as far away as Fairbanks, 250 miles (400 km) to the north, and Kodiak, roughly the same distance to the south, according to the U.S. Geological Survey (USGS).

“Thought the house was going to come apart,” Anchorage-based climatologist Brian Brettschneider wrote on Twitter, posting a photo showing his kitchen floor scattered with items that had tumbled out of cupboards.

Elena Alfred, a young mother, described to Reuters how her 3-year-old son was nearly struck by a falling television at a friend’s apartment as the walls shuddered through the quake.

“I took him just in time before the TV fell on him,” she recounted from an emergency shelter, where she took the boy and his two younger siblings afterwards.

“They were scared. They kept crying,” she said. 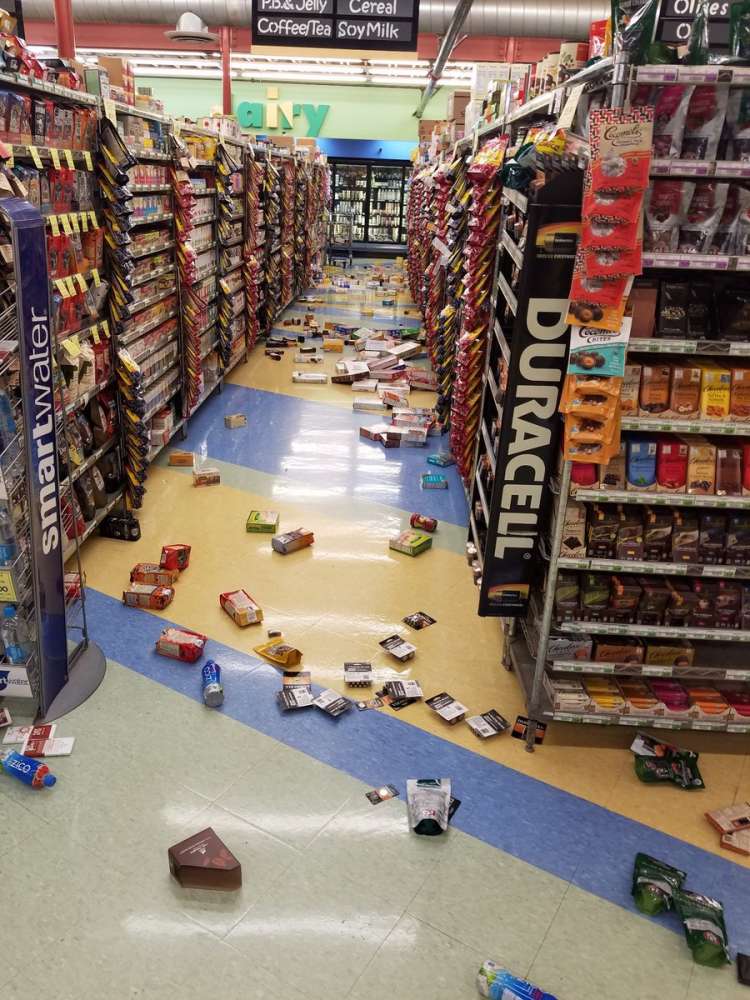 A tsunami warning was issued for Cook Inlet, linking Anchorage with the Gulf of Alaska, but was later canceled.

The Trans Alaska Pipeline, which carries crude oil 800 miles (1,300 km) from the North Slope to a marine terminal at Valdez, was shut down for about seven hours as a precaution, but no damage to the system was detected, said a spokeswoman for the operator, Aleyska Pipeline Service Co.

The quake apparently stemmed from an unnamed fault 27 miles (43 km) deep inside a portion of the Earth’s crust known as the Pacific Plate, where it bends underneath the North American Plate, USGS geophysicist Brian Kilgore told Reuters.

Kilgore said only 15 or 16 quakes of magnitude 6 or greater have been recorded during the past century in the same region.

Morning rush-hour traffic in Anchorage came to a standstill as authorities closed the only two highways in and out of town, and commuters struggled to make their way back home from a workday cut short by the 8:30 a.m. (12:30 EST/1730 GMT) quake.

Walker later recounted an unsettling elevator ride down from his 17th-floor office just as the quake began.

“It did stop. That was good. Then it started. That wasn’t good,” he told reporters. “It made a lot of noise and slapped around cables and all that was going on, and it was a moment of wondering. …. But it was a pretty rough ride coming down.” 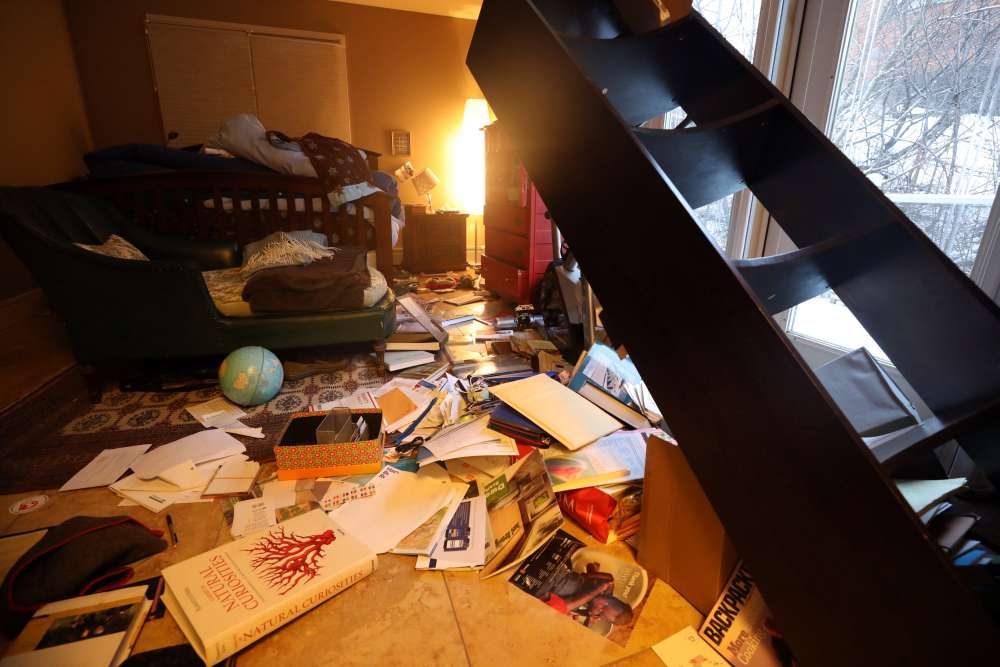 Strong earthquakes are not uncommon in seismically active Alaska but tend to occur in remote, sparsely populated regions.

Alaska has recorded earthquakes with magnitudes ranging from 7 to 8 at least once a year on average since 1900, according to the state government website. Southern Alaska was hit by a devastating 9.2 tremor in 1964, the world’s second-most powerful earthquake on record.

The website for KTUU-TV featured a photo of a snow-covered highway that had buckled, with a car sitting between two deep fissures crossing the highway.

Sporting events were called off for the weekend, and Anchorage public schools were to remain closed until Wednesday to allow for safety inspections.