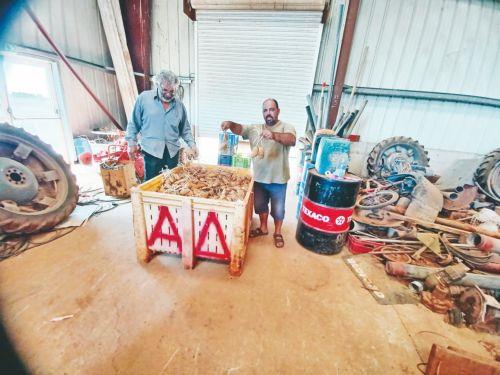 Hundreds of potato producers affected by the pandemic are anxiously awaiting for the state’s compensation over the spring harvest – a large percentage of which was left to rot or sold at ridiculously low prices.

Furthermore, large potato quantities have now perished and become unfit for consumption, according to Philenews.

Potato producers have stated that the scarcity of tourist arrivals has been a primary contributor to the problem.

And they added that this is the second consecutive year that the potato market has been negatively affected by Covid.

District Secretary of the Union of Cypriot Farmer (EKA) Yiannakis Gavriel has stated that state’s compensation was initially planned to be given in June but the date was changed to July.

And then the Limassol-Larnaca rural fires took place, leading the money intended for potato compensation to be given for financial relief from the fires.

Gavriel set a new date within September for the state to submit compensation for the low potato sales and emphasized that the state needs to be consistent with the date agreed.

He also said that most potato producers are in bad financial situations now and are depending on the state’s financial aid.