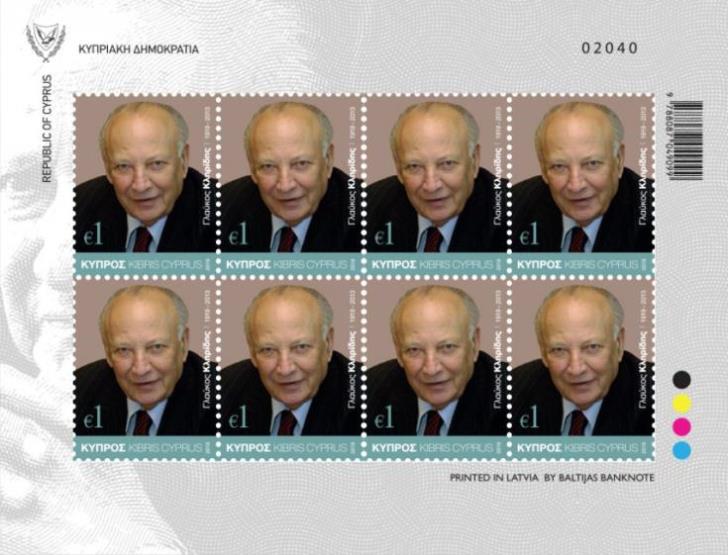 The Cyprus Post Office issued a €1 commemorative Glafcos Clerides stamp on occasion of the completion of 100 years since the politician’s birth.

The stamp will be presented at a press conference on Wednesday.

By In Cyprus
Previous articleMore than 1.3 million checkpoint crossings in first 3 months of 2019 -Diyalog
Next articleGeneral healthcare system registrations begin on Wednesday